Meta, the owner of Facebook, Instagram, and WhatsApp, has announced plans for a €1 billion ($1.1bn) data center campus near Talavera de la Reina, in the Toledo region of Spain.

The socialist president of the region, Emiliano García-Page, welcomed the project, declaring it was a project of "regional interest" that would benefit the area. The data center is planned to be built on the Torrehierro Polygon Industrial Estate at Talavera, which is 115 km from Madrid in the central autonomous regoin of Castille La Mancha. 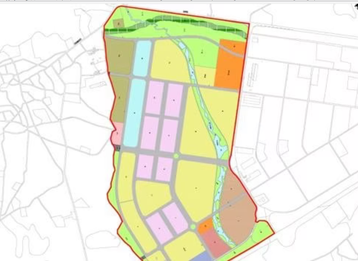 The project should be built by 2023, but is not expected to be fully operational for six years after that.

A year in negotiation

"It's not just any initiative," Garcia-Page told Spanish news service ABC, saying the project had taken one year of intense quiet negotiation to set up, working with a Facebook-owned company called Global Villacreces. The proposal would buy two million square meters of land in the Polígono de Torrehierro, currently owned by the public sector land management body, Sepes, and "in one fell swoop" make use of all the vacant industrial land in Talavera, said Garcia-Page.

The project will provide 1,000 jobs during construction followed by 250 full-time posts in operation, said Garcia-Page. He announced the project would have a formal Declaration of Regional Interest today, and called for all political parties, the business sector, and unions to support it.

The Councilor for Urban Planning of Talavera de la Reina, José Antonio Carrillo, called the project "a colossal project for Spain and internationally."

The announcement comes as Facebook's other European effort, a bid to build a 200MW campus in the village of Zeewolde, the Netherlands, is in limbo. Although the Zeewolde proposal is exempt from a nationwide ban on new hyperscale projects, announced in February, the project was already stymied, because the Dutch Senate has blocked the sale of some government land. 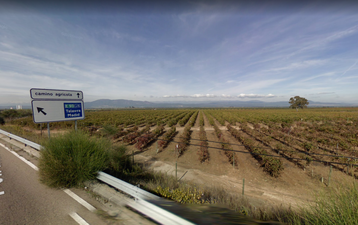 The campus would join Facebook's existing European data centers in Sweden, Denmark, and Ireland, said Carrillo, giving the region a privileged place on the communications map in Europe and throughout the world. The social media firm has also bought land in the Esbjer region of Denmark with a view to potentially build a facility.

According to the detailed plans lodged at Castilla La Mancha, the campus would be located on a 191-hectare piece of land 12 km west of Talavera de la Reina, next to the existing industrial development, Torrehierro Phase 1. The land is classified as "unconsolidated urban land and suitable for industrial use".

The city of Talavera aims to be a "technology city", and companies including Red Hat, Palo Alto Networks, Oracle, HPE, Telefónica, Esri, AWS, and IBM are located there. Telefónica, along with Nokia and Ericsson, has been testing 5G networks in the city, and in 2021, Talavera became the Spanish headquarters of the Gaia-X European cloud initiative.

"Once fully operational, in 2030, the proposed development could bring €82 million in contributions to Spanish GDP, supporting 1,130 jobs in Spain and €37 million ($40.7m) in wages," according to an economic analysis put forward with the bid.