Californian start-up MemVerge has raised $19m in funding in a round led by Intel Capital.

The company, which hopes to push its vision of 'big memory computing,' a combination of DRAM, persistent memory, and MemVerge Memory Machine software technologies. 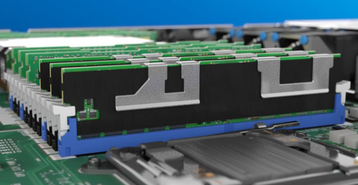 "We think that the historic trend is that memory can become more and more important as a component of data infrastructure to the point that there will be a time in the future where all applications will live in memory, will become in-memory applications," CEO Charles Fan told DCD.

"This requires significant technological innovation beyond what we're used to, in the last 20 years. Flash is not fast enough, DRAM is not big enough or cheap enough, and it is not persistent either. So there needs to be new hardware created at first, and then new software [needs to] be created after that to enable that vision."

MemVerge wants to be the software company behind that new hardware, which the company believes currently exists in the form of Intel's Optane Persistent Memory - which offers near-DRAM performance for less cost per gigabyte than DRAM, along with an increase in system memory capacities. So far, Optane has been trialed by most of the major hyperscale giants, but none have embraced it wholeheartedly.

Fan, however, believes Optane is a "gamechanger technology," that will be joined by competing products over the next few years. "We expect that there should be at least three or four alternatives by 2022," he said.

He added: "Our vision for the future is that the data center of today - consisting of compute memory, performance storage, and capacity storage - moves to this memory-centric world where big memory takes over. You will still have storage but there will be relegated for handling capacity, archives, backups, etc, where the active working set of data will be living all in-memory."