BizJournal reports the company has acquired 5400–5500 Feltl Road within the Opus Business Park in Minnetonka, outside the city of Minneapolis. The three-building lot sits on a 15.5-acre lot and spans around 135,000 square feet (12,500 sqm) of space, and includes both office and data center space. 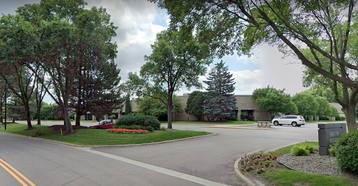 Feltl Road is listed as a Lumen data center. According to Lumen’s factsheet, the Minnetonka Premier Select Data Center contains 12,000 sq ft (1,100 sqm) of colocation floorspace and 2MW of capacity. Previous reports suggest the main data center facility has 3MW of capacity while the second one has 1.25MW.

Built in 1985, the facility was previously operated by TW Telecom (aka Time Warner Telecom) since at least 2006. The company was acquired by Level 3 in 2014, which itself was acquired by CenturyLink in 2017 and later rebranded to Lumen.

Sila/Carter Validus originally acquired 5400–5500 Feltl Road for $19.9 million in 2015, with TW Telecom's lease at the time running to 2024. The site was bought from Liberty Property Trust; a real estate investment trust acquired by Prologis in 2019.

In May Sila Realty Trust – previously known as Carter Validus MC REIT II – announced it was selling 29 data centers to Mapletree Investment Trust for $1.3 billion in order to focus on healthcare properties. The now-closed deal also includes a Flexential facility in Tennessee, and another Minnesota data center in Eagan operated by DataBank.

Dan Peterson, a vice president in CBRE’s Minneapolis office, confirmed to BizJournal the two Sila-Mapletree property deals in Minnesota were valued at a total of $35 million.