Loudoun County, Northern Virginia, home of the world's largest concentration of data centers, has adopted new rules which could limit future development there.

In late September, the Board of Supervisors of the County approved proposals from the county planners, which will limit data center projects in some neighborhoods, particularly along Route 7. The new rules will also require data centers to adopt higher-quality building designs and tougher environmental rules depending on their proximity to housing. 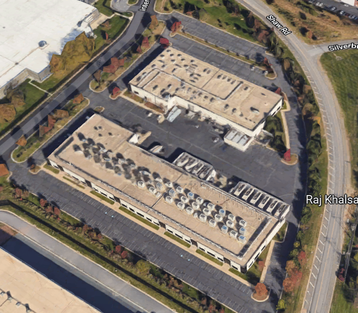 The new zoning rules, based on proposals set out by the planners in July, were adopted by the Board of Supervisors on September 20.

The adopted rules will exclude data centers from certain areas, in particular keeping them Route 7, where there is no more power infrastructure to support them. Route 28 will remain open to new facilities.

The problem on Route 7 arose because data centers were approved automatically in many locations along the highway, so many were approved that the number exceeded the capacity of Loudoun's power distribution networks. This happened because data centers were approved "by right" in certain types of neighborhood. They were fast-tracked without any hearings with local boards, without the backing of residents - or even, apparently, without reference to whether the utility, Dominion Power, could even supply them with electricity.

To fix this problem, Loudoun is reclassifying neighborhoods, according to the "place types" used by zoning rules.

Data centers will no longer be approved by right in "suburban mixed-use" locations, which make up 887 acres of vacant land in the County. They will also lose automatic approval in areas including "urban transit center," "urban mixed-use," "urban employment," and "suburban neighborhood."

They will also be barred in "urban transit center" areas, where tall buildings cluster around Metrorail stations - and that place type has been enlarged by also including "urban employment" areas.

One supervisor, Kristen C. Umstattd, proposed data centers be allowed in the undeveloped Dulles Cloud South area, but this was voted down.

Data centers that are permitted will face stricter environmental controls, using "high-quality building design" to make their exteriors less ugly, and limiting the noise made by air-conditioning systems used to cool the servers - an issue that led to protests over Amazon facilities in neighboring Prince William County.

Data centers which are permitted in the newly-rezoned areas, will now have to be in buildings that are three stories tall and contain no residential units. The data center will have to make up less than half the building.

“What was envisioned in the general plan was not data centers as we know them, but more of an accessory use to an office or something like that,” said Loudoun's Director of Economic Development Buddy Rizer, quoted in Loudoun Now. “I don’t think a traditional data center use would fit in, but more of the urban data centers that we’ve seen in Paris or London, where you don’t really know that they’re there, could be possible. But a lot of design standards would be necessary to make it work.”

The new rules leave some data center builders facing potential losses. They have "banked" a lot of undeveloped land but not yet applied for permission to build there. They may have paid up to $3 million per acre for these plots - but if they are in certain location classes, they may not be able to build on them.

They will also restrict existing data centers or approved projects. They will be allowed as "non-conforming" - but will not have by-right approval for any expansions.

Reports say that land-bank cases will be decided individually, but they expect to be treated leniently, with one Supervisor quoted as saying: “If they have bought land, we shouldn’t change what’s allowed on that land. They’ve made a considerable investment in Loudoun County.”

TLUC chair Michael Turner, quoted in Data Center Frontier, said the new rules represent the first attempt to be systematic about data centers in Loudoun: “This was an extremely, extremely complex item. I wasn’t sure that this was a doable task. There had never been a strategic discussion of data center development in Loudoun County. This is an exploding industry and has a large impact on our budget.”

Rizer said that the data center industry would accept the changes, albeit somewhat grudgingly: “They certainly would prefer that nothing changed. I believe they understand that 'nothing' is not an option, and they have tried to be a partner in the process.”

Josh Levi, president of the Data Center Coalition argued that continued development should be allowed on existing data centers, in a letter to the Board: “Given that UTC does not recommend data centers as a use, that would severely restrict these many existing data centers – billions of dollars in investment, most of which have been permitted ‘by right’ under their existing districts. We view it as vital that data centers on these sites have the option to respond to market conditions and expand," adding that such expansions could improve the look of the facility by adding "office-styled" floors, and would also give the County more tax returns.

The issues of landbanks, and permits for development on existing data centers, is still unresolved and will come up at future Board of Supervisors meetings.