Open source body the Linux Foundation has kicked off a bid to foster standards for the electronics tipped to modernize data center network architectures.

The OPI (Open Programmable Infrastructure) Project is intended to create an ecosystem for vendors building smart technologies developed from network interface cards. SmartNICs, also known as DPUs and IPUs, can allow for more flexible network infrastructure, but the Linux Foundation wants to make sure any APIs (application programming interfaces) are open and standards-based to enable fast adoption of the technology. 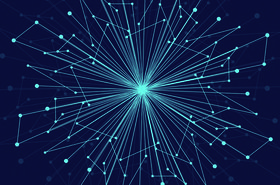 The DPU dilemma: life beyond SmartNICs

There’s a major shift happening in server hardware, and it’s emerged from a surprising direction: the humble network card

SmartNICs, also known as DPUs and IPUs, enable programmable network infrastructure, so applications can perform better and be more portable. The group is looking for more members, including silicon and device manufactures, ISVs, test and measurement partners, and OEMs to end users.

"When new technologies emerge, there is so much opportunity for both technical and business innovation but barriers often include a lack of open standards and a thriving community to support them," said Mike Dolan, senior vice president of projects at the Linux Foundation. "DPUs and IPUs are great examples of some of the most promising technologies emerging today for cloud and data center, and OPI is poised to accelerate adoption and opportunity by supporting an ecosystem for DPU and IPU technologies."

By streamlining networks and making them more flexible DPUs and IPUs can enable new ways to utilize resources such as storage and GPUs accelerators. Essentially making the network so intelligent that these resources can be used inline reducing the management bottleneck of requiring everything to be managed by the CPU.

The OPI project will try and standardize the definition. While Nvidia, and new players like Fungible, talk of DPUs (data processing units), Intel has a broadly similar product called the IPU (infrastructure processing unit). It will also set out vendor-agnostic frameworks to enable different DPUs and IPUs to work with software stacks across hardware and applications.

The group should also be well placed to ensure any DPU standards work integrates well with other open source projects such as DPDK, SPDK, OvS, P4, and the Linux kernel itself.

There are already several working groups, aiming to produce an Infrastructure Programmer Development Kit (IPDK) which includes drivers and APIs for infrastructure offload running on a CPU, IPU, DPU, or switch.

Nvidia has offered to donate DOCA, an open source software development framework for its BlueField DPU.

"Data center operators across multiple industry segments are increasingly incorporating DPUs as an integral part of their infrastructure processing to offload complex workloads from general-purpose to more robust compute platforms," says Cary Ussery, VP software and support, processors, at Marvell. "Marvell strongly believes that software standardization in the ecosystem will significantly contribute to the success of workload acceleration solutions. As a founding member of the OPI Project, Marvell aims to address the need for standardization of software frameworks used in provisioning, lifecycle management, orchestration, virtualization, and deployment of workloads."

"The fundamental architecture of data centers is evolving to meet the demands of private and hyperscale clouds and AI, which require extreme performance enabled by DPUs such as the Nvidia BlueField and open frameworks such as Nvida DOCA," added Kevin Deierling, vice president of networking at Nvidia. "These will support OPI to provide BlueField users with extreme acceleration, enabled by common, multi-vendor management and applications."