Just as it neared completion of its UK facility

CoolDC was close to completing its data center at the Boole Technology Park in Lincoln, but the business collapsed due to friction between company directors and the company's main financial backer.

The business has accepted an offer from an unknown third party, which is expected to close soon. 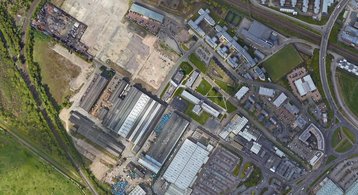 CoolDC's Lincoln Discovery Centre (LDC) aimed to cut energy waste and have a low carbon footprint by combining multiple cooling technologies, including rear-door cooling, immersion and on-chip liquid cooling. It also had ambitious plans to be involved in education in Lincoln. The company also planned to reuse its waste heat to reduce the carbon footprint of the building.

In documents on Companies House, first spotted by The Business Desk, administrators claim that "a breakdown in the relationships between certain of the company's directors and [Hagan Homes Limited] resulted in the data center being incomplete," adding that "with all parties no longer willing to work together and the company being insolvent on a cash flow basis... [advisors Frost Group Limited] recommended the company be placed into administration."

The company made five of its six employees redundant after entering administration, its website is currently down, and most of its social media handles have been deleted.

Monthly running costs of £25k were brought down to £12k with the layoffs, and the business was marketed for three weeks.

During the sale process, it "became evident how integral the managing director was to the knowledge of the site and how it has been built," according to documents. This caused some parties to negotiate directly with the MD about keeping him on. This led to some parties dropping out after they could not agree on terms.

In total, there were six serious offers for the business and assets. The highest offer was accepted, but then withdrawn - so a lower offer was accepted. The sale is expected to close soon, with full details to be provided in the next update to creditors.