“We spent the better part of the year trying to come up with solutions to having a significant amount of debt,” Michael Sicoli tells DCD

Michael Sicoli wants you to know INAP is back in business.

The data center company has emerged from bankruptcy, with half its debt, and what it hopes is a plan for recovery. 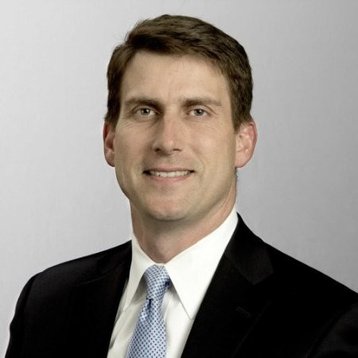 “Where we stand today, I view very much as a bottom for us,” Sicoli, INAP's new CEO, told DCD. “We will grow from here - the business is still sustainable.”

Sicoli joined the company in October 2019 as CFO: “I was brought in to fix the balance sheet and ultimately take over as CEO.” The business he entered was saddled with unsustainable debt levels and declining revenues.

“We spent the better part of the year trying to come up with solutions to having a significant amount of debt,” Sicoli said. Various options were considered, costs were cut, and attempts were made to sell parts or all of the business.

“As we got into the first part of 2020, it just became clear that the most effective strategy to deal with it would be to use the US bankruptcy process.” INAP, then with $450m in debt (down from more than $600m), filed for Chapter 11 bankruptcy in March.

“We were able to use a prepackaged bankruptcy, because we placed a very high premium on trying to get in and out of bankruptcy as quickly as possible to minimize the negative PR and minimize any potential disruption to customers, suppliers, or channel partners.”

The company entered into bankruptcy in collaboration with its creditors, together agreeing to a restructuring plan. “All we did was basically cut the debt in half and, in exchange, the lenders became our equity holders, and our previous public shareholders got essentially nothing.”

Public shareholders losing all their investment “was unfortunate,” Sicoli said, adding ”but we have a new set of shareholders now.” The new backers, the company’s creditors, now own most of the company - and are still owed $225m over five years.

They also invested another $75m, as a loan, when the company came out of bankruptcy in May - this time with Sicoli at the helm. “Part of that [$75m] was to help us get current with vendors and help us pay for the cost of the bankruptcy, but most of that money is now sitting on the balance sheet, available for us to invest to grow our business.”

That, Sicoli hopes, is now the focus. “We had been working on the balance sheet for so long, that we hadn't paid as much attention to the core business as we would have otherwise liked,” he said.

But just a month out from bankruptcy, Sicoli admits it is early days. A less than 60-day bankruptcy proceeding helped, but some customers were understandably concerned when they heard that INAP was declaring bankruptcy.

Some customers were aware of how US bankruptcy proceedings work, with a focus on company continuity, and were not too concerned, Sicoli claimed. Others, particularly international customers with different bankruptcy processes, were more concerned. "Outside the US, bankruptcy typically means you're closing your doors and they were worried about possible disruption in the business,” he said.

But “declaring bankruptcy was probably less of an issue than the year leading up to that - particularly as a public company, with everybody being able to see our stock price every day and wondering what's going on, and if we're going to declare bankruptcy. That was clearly a barrier to our ability to sell and retain customers.” 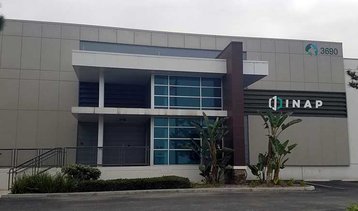 During the actual bankruptcy, Sicoli said that only a negligible number of customers left, but that finding new customers was harder. “It had a bigger impact on sales, because you're trying to encourage someone to buy from you today, while you're in bankruptcy - that just gives them a reason to rule you out.”

He described the company now in a period of “regrouping and getting some of the key positions filled and rebuilding momentum in the marketplace,” before hopefully achieving growth within six to 12 months.

Sicoli pushed back against the notion that he was like the many turnaround CEOs that often oversee the transition phase, and then move on. “I don't actually view myself as a turnaround CEO,” he said. “Yes, I was here to fix the balance sheet, but now I'm here to run the company - and no one's interested in a flat or low growth answer here. We want to make this something much more significant.”

While he sees an “easy path” to single-digit growth, he believes that the company could “be a double-digit growth company - that's my goal.”

“Managed public cloud is the smallest of those revenue streams today, but one that I think represents significant growth potential,” Sicoli said.

“I think the cloud and the IT services also represent a significant growth opportunity,” he said. “Colocation does as well, but it probably doesn't have the same growth characteristics as cloud, whether it's private or public. Colocation growth is much more tied to chunks of capex, whereas you can pay as you go with respect to the cloud.”

Part of that strategy will be to spend more. “Growth requires capex in our space, and we weren't in a position to really commit to spending a lot of capex when the balance sheet wasn't fixed. Now the balance sheet is fixed, we can commit to capex,” he said.

“We're ready to go on the offensive.”

It is hoped such spending will be done with greater care than that that got INAP into heavy debt in the first place. For now, Sicoli is planning to spend the money on organic activity, “like expanding our locations, buying servers,” rather than acquisitions.

“There's likely to be lots of M&A in our space over the next few years because it's still somewhat fragmented,” he said. “But I think we have plenty of runway to grow absent M&A, just by putting our heads down, putting all of our attention into running our business.”

That said, he noted: “There are many other troubled balance sheets in our space, so at some point there will be more consolidation in our sector - we may or may not participate in that.”