UPDATE:Since this story was published in 2016, Machine Zone has moved its servers into Switch’s Las Vegas campus.

The company behind Game of War and Mobile Strike canceled its contract after an outage took Game of War offline for two hours in October.

The former partners have exchanged bitter words and are now suing each other: Peak claims MZ still owes it $100 million, while MZ has filed its own claim for $23 million. 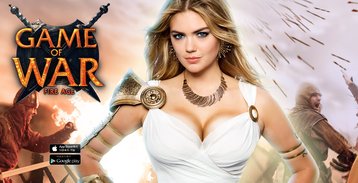 Kate Upton as the face of Game of War – MZ

With around 50 employees left, Peak says that it is still a viable company after the loss of its main client, which represented 80 percent of its business.

“It is a very sound and strong company now that it has been downsized,” said Peak’s newly hired chief restructuring officer Mark Calvert, according to Oregon Live. “It’s back to the level it was right before Machine Zone so it’s generating a positive cash flow and is a healthy company able to serve the needs of its customers.”

However, the company did note that it will need to raise funding for the ongoing litigation. Its bankruptcy filing lists assets of $100-500 million and liabilities of $50-100 million.

Peak blames the outage that sparked the disagreement on a software bug in Cisco hardware. In a court filing, it claims Machine Zone committed to pay at least $4 million every month through to October 1, 2017, and said that MZ did not pay for its last three months of data hosting.

“In an attempt to mitigate damage to its brand and reputation among its customers, Machine Zone has provided free products normally available for purchase in the game, causing a further loss of revenues.”

“Peak’s contract to keep our game up and running was a scam that harmed MZ’s business. That’s why we ran as far as we could from Peak, and that’s why we sued them for damages.” 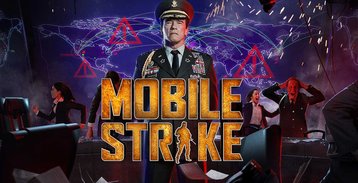 More than just a game

Machine Zone has quickly become a major player in the free-to-play mobile games space, with Game of War: Fire Age bringing in an estimated $550 per paying user, according to an analysis by Slice - more than that of any other mobile title, and well above the estimated ‘freemium’ average of $87.

The developer, which has spent more on television advertisements than any other game company (including a Super Bowl spot), has begun to branch out into non-gaming products.

CEO Gabe Leydon told CNBC’s Squawk Box: “Machine Zone is really a real-time technology company. We’ve been focusing on many-to-many massive environments where millions of people can interact with each other at once.

“And we’re taking that technology and applying that to New Zealand’s public transportation system… soon entire cities will be networked in one realtime environment which will create a level of efficiency that the world hasn’t seen yet.”

MZ has begun to rollout its RTplatform to allow other companies to take advantage of the technology that powers its massively multiplayer online (MMO) titles.

Leydon told VentureBeat: “Our unparalleled cloud technology is what has enabled millions of people to concurrently play our games in a many-to-many environment — in real time, without limitation, in a single virtual universe.

“No other cloud platform has the real-time capability, capacity, or efficiency that we’ve developed.”