But it says it has a plan

Among the reasons for the poor performance was Lenovo’s struggling Data Center Group, which includes servers, storage, software and services. The division saw sales of $1.1 billion, down 20 percent year-on-year. 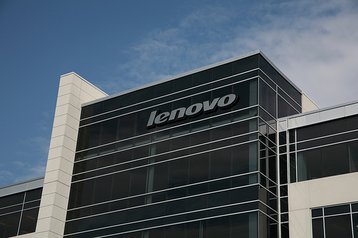 Always look on the bright side

Lenovo, however, said that its business - largely inherited from its over $2 billion acquisition of IBM’s x86 server division in 2014 - saw improvements in North America, Latin America and Europe, Middle East and Africa, when compared to the quarter before.

“We can sell but we can’t make money,” Chairman Yang Yuanqing said. “We have to refine the business model.”

The company plans to increase its sales force in China and North America, but Yuanqing admitted that Lenovo faced stiff competition, including from Chinese companies like Inspur Group, Huawei and Sugon Information Industry.

Yuanqing added: “Our data center business now has a clear improvement plan in place. Although it takes time to build the core competence [in the business] we are confident to achieve break-even and profitable growth in them.”

Outside of its data center division, Lenovo saw a year-on-year revenue drop of 23 percent in its phone division, compared with an average industry growth of 7 percent. It lost money on every handset sold.