Company names new system after the man behind the Baskerville typeface

Lenovo has delivered a new supercomputer to the University of Birmingham in the UK.

Academics will use the new system to research applications in computer vision, language processing, molecular modeling, and materials science. 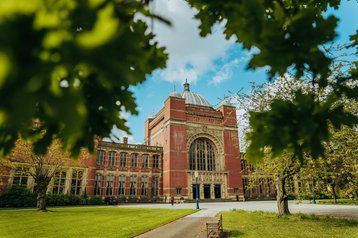 “Lenovo’s technology facilitates new types of research that were previously impractical or impossible. In the last six months, this high-performance computing technology has provided scientists at the University with the resources they need to accelerate their research efforts and generate high impact results far more rapidly than they have ever been able to do before,” said Professor Iain Styles, of the University of Birmingham’s School of Computer Science and Director of the University’s Institute for Interdisciplinary Data Science and Artificial Intelligence.

The system uses water at up to 35°C across both CPU and GPU to cool the systems. Water expelled from the system reaches temperatures of up to 50°C and then cooled again without compressive cooling systems such as air conditioning.

Ian Jeffs, General Manager, Lenovo Infrastructure Group, added: “We are pleased to develop our partnership with the University of Birmingham and provide scientists there with smarter technology to aid complex scientific research that will benefit the scientific and wider public health community. It’s also pleasing to see tangible evidence that our water-cooling technology is improving energy efficiency and sustainability in the data center, which is characteristic of our commitment to delivering greener technology.”

The system is named after John Baskerville, the enlightenment-era Birmingham industrialist responsible for innovations in printing, paper, and ink production. He created a number of typefaces including the Baskerville font.

The University of Birmingham hosts Baskerville as the lead member of a consortium that includes The Rosalind Franklin Institute, The Alan Turing Institute, and Diamond Light Source, the UK’s national synchrotron light source science facility.

The £4 million ($5.5m) project was funded by the Engineering and Physical Sciences Research Council (EPSRC), part of UK Research and Innovation and a proportion of this service will be available to EPSRC-funded researchers.