A planning application has been filed to turn a 1,675 acre site in Chesterfield, Virginia into a massive data center and solar farm project.

The company behind the bid to the Chesterfield Economic Development Authority is Torch Clean Energy, a Colorado-based renewable energy company with 1,000MW of wind and solar power projects under development in Arizona, Utah, New Mexico, Michigan, Hawaii, West Virginia and Virginia. 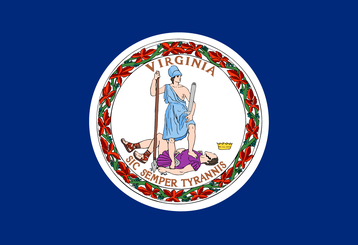 Two for the price of one

The data center portion would comprise about 300 acres of the site. Planning documents seen by RichmondBizSense show that the land has potential for four data centers.

The solar farm part of the site will generate 150MW of power to partially power the data center. Dominion Energy will also lend a hand in powering the facility, and energy from the solar farm will be put back into Dominion’s grid.

Torch said that they are talking to multiple data center operators to move into the space, but were not willing to name names.

Jon Killberg, president of Torch, said: “We think that [the project] makes the Richmond area, and Chesterfield County in particular, an incredibly attractive location for what has largely been an industry that has focused its investment in Northern Virginia and Prince William [County] specifically. This is impossible to do up there, and we think this will appeal to large data center customers.”

Torch claimed the unified solar farm and data center is the first of its kind in Virginia, the project will also be the company’s first attempt at this kind of hybrid facility.

The Chesterfield County Economic Development Authority, which oversees the planning applications in the county, has so far not proposed any county funding or incentives for the project.

Garrett Hart, director of the authority, said: “We see it as a very high-value opportunity with very minimal impacts. Data centers are the most tax-dense properties we can build. The solar farm is a unique opportunity, to have green power next to a data center, but it’s the data center that Economic Development is really interested in.

The EDA had hoped that the site would bring in around 4,000 jobs to the area, but if plans for the facility go ahead, Torch’s site will only have about 50 permanent jobs.