While enveironmental groups are asking for 2030

Korean Internet giant Naver has promised to bring in renewable energy sources so it has no carbon emissions by 2040.

The goal puts it ten years ahead of South Korea's goal of making the country carbon neutral by 2050, but significantly behind most large Western cloud companies. Google says it has wiped out its carbon footprint and is working on matching hourly emissions. Microsoft has promised to be carbon negative by 2030, as have all of Europe's cloud and data center providers. 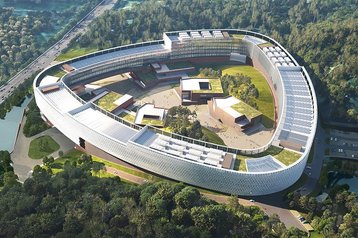 Virtually all of Naver's emissions come from electricity, which it will gradually shift to renewable sources, according to the announcement. It will increase its use of energy reduction and efficiency measures, as well as investing in power purchase agreements (PPAs). Despite this, it predicts GHG emissions will increase rapidly for 10 years as the number of data centers expands along with data usage.

By 2030, Naver says it will have replaced 60 percent of its electricity consumption with renewable power, moving on to 100 percent by 2040.

Naver's headquarters is called the Green Factory, and its Gak data center incorporates some green measures such as solar power. Its second office building, due to be completed this year will increase use of geothermal and solar energy.

Its second data center, the so-called "cloud ring", due to open near Sejong in 2023, will include outdoor air cooling, a technique already widely used around the world.

“As an Internet company leading the management of ESG (environmental social and corporate governance), Naver, responsible for the environment of ESG, has established and implemented a roadmap at the level of a global leading provider to participate in the global trend of expanding the production and use of renewable energy, and to transform a carbon-neutral society.," said an official in the release.