The House Committee on Small Business and Information Technology this week approved House Bill 379; An Act relating to data centers. 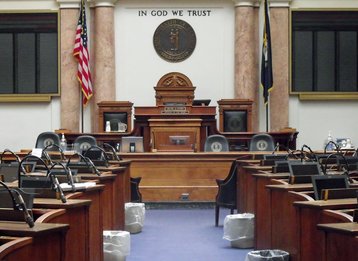 The bill is sponsored by Republican State Representative Phillip Pratt and would create a new section of KRS Chapter 139 [Kentucky’s sales tax legislation] to provide a sales and use tax exemption for data centers.

To qualify for the tax breaks a firm would be required to make capital investments of at least $150 million over five years and create and maintain at least 20 new jobs if the facility is in a county with a population under 100,000. If the facility is located in a county with a population of 100,000 or more, the required capital investment increases to $300 million and 30 new jobs.

"Data centers will locate in the states that are most friendly to their businesses," GovTech reports Steve DelBianco, president of trade association NetChoice, telling the House committee. "There is no natural magnet to Kentucky. There is, at this point, a natural magnet to Ohio and Indiana, to Idaho, and even to Alabama. If you'd like the industry to be here, we're just inviting you to do this one small thing."

This is the second attempt by state lawmakers to introduce tax breaks for data centers in recent memory. Last year Kentucky Governor Andy Beshear vetoed a bill that would have granted tax breaks to new data center projects in the state.

Like this year’s bill, the previous proposal would have seen a company need to invest at least $150 million and create 20 new jobs in order to qualify; it didn't have the provision for higher investment in larger counties present in this year's proposal. The bill would have cost the state at least $15 million a year, according to official documents.

“While I support... reasonable incentives to support the creation of data centers, I have concerns about the drafting of this particular language, as well as the rushed nature in which the bill was passed,” Beshear wrote in his veto message.

As with this year's bill, last year’s bill was put forward by Representative Pratt, alongside fellow Republicans Patrick Flannery, Melinda Prunty, and Russell Webber, as well as Democrat Ruth Palumbo. NetChoice was also part of the effort to pass last year’s exemption bill. It passed the Senate vote, despite Jason Bailey, executive director of thinktank KyPolicy (the Kentucky Center for Economic Policy) saying it was an "expensive and poorly targeted use of scarce Kentucky tax dollars."

The new bill will now proceed to the House for further reading.

Virginia remains the data center capital of the world, and granted data centers $124.5 million in tax breaks last year. Last year saw a number of states including Pennsylvania, Indiana, and Connecticut introduce tax breaks for data centers in an attempt to lure developments.