The three states each want to encourage data centers to choose them over rivals for locating new facilities. However, alongside the tax exemptions, all three administrations are requiring data center operators to give something back, in terms of employment, investment or labor agreements.

The Pennsylvania senate passed HB 953; An Act amending the Tax Reform Code of 1971 in late June. The bill provides sales and use tax exemption data center equipment. It was signed by the Governor last week.

To qualify, a data center operator must invest and create jobs dependant on the local population: it must invest $75 million and create 25 jobs if the facility is located in a county with a population of 250,000 or fewer individuals, and $100 million and 45 jobs for a county with a population of more than 250,000. It must also pay an annual compensation of at least $1 million to employees at the facility.

The bill was introduced by Republican Representative Donna Oberlander, but had bipartisan support from a number of representatives.

“Pennsylvania cannot accept the status quo when it comes to our technology infrastructure, too many businesses, hospitals, and schools depend on the reliability and resiliency of our technology ecosystem,” said state Sen. John Yudichak (I-Luzerne/Carbon). He added the new exemption could create 33,000 more jobs, more than $2 billion in wages, and $110 million in net revenues.

“We have the natural resources and the skilled workforce to compete with any state or nation in the world; now Pennsylvania can list another competitive advantage to our economic tool-box – an innovative tax policy that will help set the stage for private investment and the growth of high-wage jobs in the technology sector of our economy.” 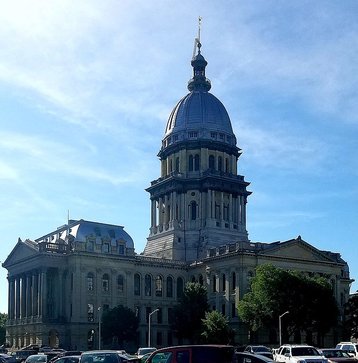 In Illinois Mark Walker, D-Arlington Heights, introduced a bill that would amend the state’s existing data center tax exemption so companies could be required to make labor agreements with employees.

Sponsored by Democratic Senator Elgie R. Sims, Jr., the bill SB 2182 clarifies what is meant by a data center, including opening it to facilities that operate within five miles of each other. It requires green building certificates, and demands data centers getting a state tax credit must have a labor peace agreement with employees.

“All new and existing data centers seeking a certificate of exemption under this Section shall require the contractor to enter into a labor peace agreement with any union representing workers who operate and maintain a critical system or equipment used or maintained by the data center,” reads the current text.

Labor peace agreements (LPAs) vary, but they largely require firms not to interfere with or disparage unions and unionization efforts, while in return unions agree not to strike or disrupt operations for a period of time.

Walker has said the bill is not a unionization mandate: “I will fully admit that if all these parties act completely appropriately, both the employer and the employees, but especially the employees, might well vote to belong to a union, but that's not required in this bills,” he said.

State Rep. Tom Demmer, R-Dixon, argued against the bill, saying the tax credit is already attracting investment as it is.

State Rep. Charlie Meier, R-Okawville, said Missouri is setting up a data center tax credit without such a provision and fears Senate Bill 2182 will lead to Illinoisans driving to Missouri for jobs.

“This bill will cost us jobs and businesses and something that we’re finally No. 1 or No. 2 in the country,” Meier said.

The bill is still making its way through the Senate. 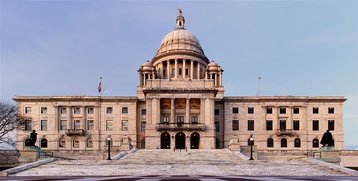 Like many other such bills, the legislation would exempt qualified data centers from having to pay sales tax or property tax for up to 50 years. To qualify, a data center would need to invest $50 million over five years if it is located in a designated enterprise zone or a federal qualified opportunity zone, and $200 million if not.

Slater told the Providence Journal that he began looking into the issue after hearing about similar incentives in other states, particularly Connecticut. He said no specific company has shared plans with him to build a data center anywhere in Rhode Island or seek tax exemptions, but he knows some are interested.

“We are one of 14 states that don't offer incentive programs,” he said.

Competition between states to attract data centers has seen a number of new bills passed in recent months. A similar tax break that had already passed the Senate in Connecticut earlier in the year has now been signed into the books in the state.

Virginia lowered its qualification threshold while five Southwest Virginia leaders made a joint agreement to set the state's lowest regional property tax rate on data center equipment. Arizona has recently extended its own exemption requirements for another 10 years.

However, Prince William Country recently voted to actually increase taxes for data centers, while Kentucky Governor Andy Beshear vetoed a bill that would have granted tax breaks to new data center projects in the state.