Developers are looking to demolish a series of office buildings deemed ‘commercially unviable’ and instead build a 73MW data center campus outside Slough, UK. 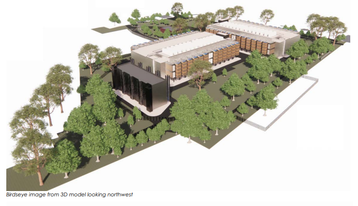 Planning documents and a new website from Kennedy Wilson suggest the company plans to develop two data center buildings on the site. The development would include ancillary offices, a generator compound, and a substation building totaling 60,000 sqm (645,800 sq ft). More than £360 million ($427m) would be invested in the project.

The planning application site is 16 hectares; most of the site comprises gardens, woodland, and wetland. A 6-hectare plot in the center is currently occupied by four main buildings comprising offices, printing supplies, and a pharmaceutical company.

Kennedy Wilson said it has secured sufficient power for Wexham Springs to accommodate a data center use the energy report suggests the buildings will offer 73MW, but could reach up to 100MW. The company aims to begin construction in 2024 for a 2026 completion. It seems there is no anchor tenant currently secured. 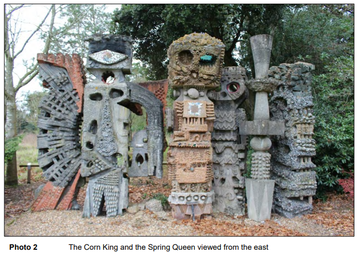 The site was previously a Victorian manor house, before being bought by the British Cement Association in the 1940s for use as a research station. The association then created gardens designed by Sir Geoffrey Jellicoe to demonstrate the “potential of cement." The site includes several cement sculptures and statues, including the Grade II Listed Corn King and Spring Queen sculpture, based on a 1931 book by Scottish novelist Naomi Mitchison.

The site was sold in the 1990s and its buildings either demolished or converted into office blocks. A planning statement suggests two of the office buildings have been vacant for several years as tenants are less interested in remote car-dependent offices with limited amenities, and the site is deemed “no longer commercially viable.”

“The lettings agents’ conclusion is that Wexham Springs is no longer a location where tenants want to be, whatever quality of accommodation, because of the expectations of the workforce,” the statement reads.