HR and office systems to move to AWS cloud over the next four to eight years.

The Japanese government will use Amazon Web Services (AWS) to host human resource systems and document management tools in the cloud as part of a 30 billion yen (US$273m) contract, according to the Nikkei Asian Review.

Various ministries and agencies will develop their systems and eventually migrate them to the cloud over the next four to eight years. To kick-start the process, the Japanese government is expected to formally choose AWS to build 20 core government systems later this year. 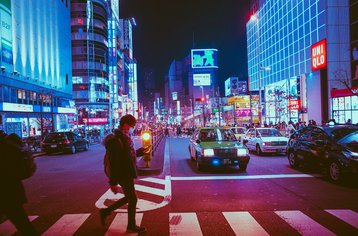 What about local players?

As the leading global cloud platform, the choice of AWS is hardly a surprise, and there is so far no sign of a legal battle like that which erupted in the US over competition for the $10 billion JEDI military contract. However, AWS has been picked in preference to large domestic players such as system integrator NTT Data, or NTT Comms, which offers its own private and public cloud solutions.

The size of this project is only a tiny fraction of the Japanese government's total IT budget of around 700 billion yen, but the pending government spend may go some way to explaining AWS’s decision to roll out a second Japanese cloud region in Osaka, where it currently has a cloud data center.

The Osaka facility is currently part of the AWS Tokyo region cluster of three availability zones located 400km away. As DCD reported last month, AWS will build two further facilities in Osaka to launch a standalone cloud region in Osaka by 2021, for a total of four availability zones.

This will make Japan the first country outside the US and China to have two AWS cloud regions outside of the United States and China. All AWS facilities in a cloud region are wired into a metropolitan area network with high speed, redundant fiber optic links for failover in the event of any problems.

AWS is not the only global cloud provider in Japan. Google Cloud last year also launched a Google Cloud region in Osaka, the second in the country after its Tokyo region which went live in 2016.