The International Telecommunication Union (ITU) has elected American Doreen Bogdan-Martin as its secretary-general, as she becomes the first woman to lead the ITU.

Bogdan-Martin saw off competition from the only other candidate Rashid Ismailov of the Russian Federation. She won comfortably 139 to 25. 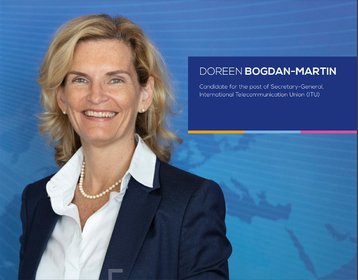 The election was held yesterday in Bucharest, Romania, and took place during the ITU's Plenipotentiary Conference (PP-22).

“The world is facing significant challenges – escalating conflicts, a climate crisis, food security, gender inequalities, and 2.7 billion people with no access to the Internet," said Bogdan-Martin.

"I believe we, the ITU and our members, have an opportunity to make a transformational contribution. Continuous innovation can and will be a key enabler to facilitate resolution of many of these issues."

Bogdan-Martin will start the role on January 1, 2023, and will take over the role from Houlin Zhao of China, who has held the post since 2015.

She's the first American to be elected to the position of secretary-general since Gerald Gross, who served from 1958 to 1965.

US President Joe Biden praised her appointment: " I strongly support Doreen Bogdan-Martin for the next Secretary-General of the International Telecommunication Union. Ms. Bogdan-Martin possesses the integrity, experience, and vision necessary to transform the digital landscape.

"The next secretary-general of the International Telecommunication Union will play an important role in making our digital future inclusive and accessible for everyone, especially in the developing world."

Bogdan-Martin has worked for ITU for nearly 30 years according to her LinkedIn profile, across a variety of roles. She started her telecoms career in the late 1980s at the National Telecommunication and Information Administration, US Department of Commerce, where she was the telecommunications policy specialist.

During the same election, Lithuanian, Tomas Lamanauskas was elected deputy secretary-general. He saw off competition from Chaesub Lee of South Korea and Gisa Fuatai Purcell of Samoa.