Another facility in Slough

Iron Mountain has announced plans for a 27MW data center in Slough, UK.

The three-story LON-2 facility, on the Slough Trading Estate will run on renewable energy. It will have 25,000 sq m (270,000 sq ft) of space and a capacity of 27MW at full build. No date for completion has been announced. 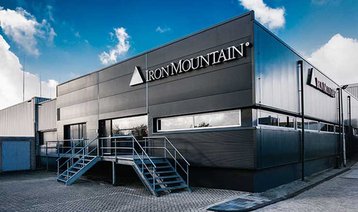 The building will have three 9MW data halls - one on each floor - with a power supply which is N+2 redundant. It will have neutral connectivity to multiple networks and peering exchanges. The building will be BREEAM-certified (Building Research Establishment Environmental Assessment Method) for its environmental impact.

It's a large expansion, given that Iron Mountain's existing London data center LON-1, also located in Slough, has 9MW of capacity. Originally a 5MW data center, LON-1 was bought from Credit Suisse in 2017, and was recently extended with 4MW of new capacity, consisting of two separate 2MW halls. In the same deal, Iron Mountain also acquired another Credit Suisse data center in Singapore.

The facility will be aimed at hyperscale (wholesale) and enterprise (retail) customers, offering multiple options, including disaster recovery and consolidation.

Worldwide, Iron Mountain has 15 facilities in 13 markets: in Europe it also has an 11MW Amsterdam facility it bought from Evoswitch - along with capacity to expand on two sites to 23MW in Amsterdam.