Uncontrolled growth will guzzle all the renewables

The Irish Republic will not be able to meet emissions targets, if uncontrolled growth of data centers exceeds its ability to bring renewable energy on stream, an influential Irish think tank heard this week.

Data centers currently use 10 percent of the Irish grid output, and predicted fast growth would make targets unmeetable, Hannah Daly, lecturer in sustainable energy at University College Cor told an online panel on the COP26 agenda, run by the Institute of International and European Affairs. 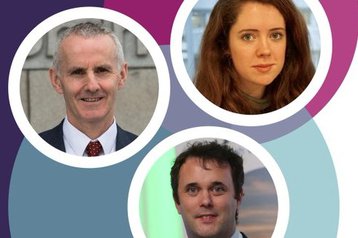 Elsewhere, the national grid operator EirGrid warned that Ireland could face blackouts this winter, and politician Brid Smith linked the surge in data center demand with the possibility of power cuts in Ireland this winter.

We can only add so much wind and solar

“Even right now data centers account for about 1 percent of global electricity demand but over 10 percent of Irish demand. And that is projected to grow by more than 30 percent,” said Dr. Daly, according to an Irish Times report. “Ireland has become a specialist in data centers and these are huge, huge consumers of electricity.

"We have a fantastic grid... but it’s a small isolated grid," she continued.."If you believe, which I do, that there is a limited extent to which we can grow renewables – we can only put in so many GW a year of wind and solar – then any additional demand from data centers or other large energy users is going to basically sap the renewables growth. It’s going to lead to more emissions, it’s going to make the emissions targets out of date.”

Green Party MEP Ciarán Cuffe did not come out in support of the moratorium on new data centers, which had been proposed in the Dáil Éireann, the Irish National Government assembly, by the Social Democrat Party. The European representative described that proposal as a “bit simplistic,” and argued in favor of measures such as using waste heat energy in district heating systems.

Cuffe suggested that measures to reduce data centers demand might impact on their business case: "Yes, that will be expensive and it may interfere with the business case but so be it. We do have to curtail our voracious appetite for data.”

Demand on the Irish grid is climbing in any case, said Robbie Aherne, head of future networks at EirGrid, pointing out that decarbonizing heat and transport would shift more burden on the electricity system, alongside increased business demand.

In the next few years, Ireland can add around 5 GW of offshore wind; 1.3 GW of onshore wind; and 1 GW of solar power, with about 0.5GW taken off the grid due to micro generation at homes, farms, and other buildings, said Aherne.

“And at the same time our demand is going to increase by upwards of 50 percent, which bucks international trends really," he said. "But it’s to facilitate large energy users like data centers, pharma, semi-conductor plants; that electrification of heat and transport."

On Ireland's NewsTalk radio, Bríd Smith, a Government member for the People Before Profit party, said: "We're trying to shine a light on the fact that we're facing down the barrel of blackouts this winter. We have a crisis in the provision and production of electricity - and most of this is because the data center industry is taking 12 percent of the national grid currently. And if they keep growing the data center business in this country, it could suck up to 26 percent."

EirGrid confirmed the fear of blackouts, telling broadcaster RTE: "It is likely that in the coming winter we will experience a number of system alerts. This is a formal notification to the generators that our supply-demand balance is getting very tight and we no longer have the level of buffer we would like. The worst-case scenario, and one that we are working with the ESB [an Irish state-owned generator] to actively plan for should it be required, if demand exceeded supply and we entered an emergency state. If this were to happen, working with the ESB we would have to work with customers to reduce demand and if required instigate controlled outages that would allow for the recovery of the level of power on the grid to restore full power."

Snith warned that data centers would shatter Ireland's green promises: "Already we have 70 of them in the country, which is a huge amount for a country this size: 30 more have planning permission and seven or eight more are under construction. We are looking at a really deep crisis, plus this is linked with our climate action plan. If we keep growing data centers at this rate, we will utterly fail to meet our targets".

This week saw protests at the Data Centres Ireland event in Dublin, with People Before Profit demonstrators calling for the government to phase out carbon first, and then allow data centers: "If we reach 2030 and we've phased out fossil fuels, and we're living in a just and carbon-negative society, then let them build all the data that they want. But till then, stop putting profits ahead of our survival. There's no data on a dead planet."