Irish data center developed Dataplex has entered into voluntary liquidation, after waiting 12 months for grid power approval, only to be refused power.

Co-founder and CEO Eddie Kilbane told DCD that "for us, Ireland is now closed to building out any new data centers." 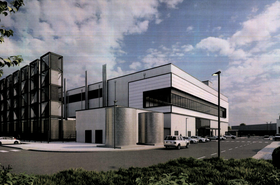 Dublin and data centers: The end of the road?

Ireland was all set to be a major hub. Then data center power demands came up against the limitations of the grid

Kilbane explained: "Unfortunately Dataplex Group has entered into voluntary liquidation, due to being refused power contracts from Eirgrid, the National Grid provider, for two projects in Dublin.

"This was too much for the investors to take as we had spent a lot of money to get to the position for our applications to be refused, this was after 12 months waiting for an answer and with full technical approvals from Eirgrid."

It hoped to turn a warehouse in the Willsborough Industrial Estate in the Clonshaugh Business and Technology Park into a data center, expanding a small Vodafone facility that existed at the site.

It also acquired a land parcel in Abbotstown for a greenfield 70MW+ data center and industrial campus development in Dublin, Ireland, in partnership with its investors.

Insolvency documents on the Irish Companies Registration Office state that "the opinion of the directors that the company will be able to pay its debts in full within the period specified in the statuatory declaration solvency are not unreasonable."

That month, EirGrid called a halt to plans for up to 30 potential data centers, after the Commission for the Regulation of Utilities (CRU) kicked off a de facto moratorium on data centers when it announced in November that there should be limits to data center building until 2028, as the country could not build renewable capacity fast enough to meet other needs, including a commitment to decarbonize the grid, so that 80 percent of the nation's electricity must come from renewable sources by 2030.

The news follows reports that Interxion has paused a $300 million expansion in Ireland, and Google has said electricity curbs make developments there "impossible."

But in July, state head Micheál Martin claimed that there was no Irish data center moratorium, and said that the country welcomed more facilities.

Later that month, Ireland released a set of new green principles data centers will have to adhere to, saying that there was no moratorium - however, data center operators continue to report being unable to get power in the Dublin area.