There won’t be a country-wide moratorium on new data centers, but facilities must adhere to new green principles, the Irish government has said.

The government this week published a revised Statement on the Role of Data Centres in Ireland’s Enterprise Strategy. 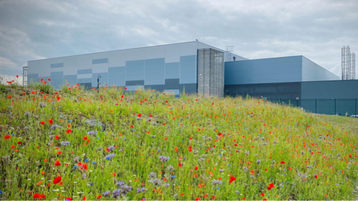 “The revised statement adopts a set of principles to harness the economic and societal benefits that data centers bring, facilitating sustainable data center development that adheres to our energy and enterprise policy objectives,” the government said.

The government said that while data is an “essential enabler” of an increasingly digital economy and society, the country needed to align the twin transitions which are “both digital and green.“

At present, data centers are responsible for 14 percent of electricity usage in Ireland as of 2021.

The new principles within the statement focus on data centers that create a positive economic impact, make efficient use of the country’s electricity grid through using available capacity and alleviating constraints, increase renewable energy use, colocated with a renewable generation or energy capability, decarbonized by design, and provide opportunities for community engagement and assist SMEs.

“Data center developments which are not consistent with these principles would not be in line with government policy,” the government said.

Ireland first published a statement on the role of data centers in the country in 2018 that largely focused on their importance to the Irish economy and attracting investment into the country.

Taoiseach Micheál Martin recently confirmed there will be no moratorium on new data centers, saying that they were important to attracting investment in the country.

“When particular companies invest in Ireland and have a big presence in Ireland they're saying it's not one or the other. You can’t say you want all of our investment but by the way, we don't want you doing anything with a data center."

Ireland would have to "weigh that up," he said: "We can't say no to all data centers because that potentially would be saying no to a lot of investment on the technology front both on the digital and the bigger companies."

Last year it was reported that data centers use more than 10 percent of Ireland's electricity supply, and continued growth could cause blackouts and prevent the country from reaching targets for renewable energy use.

After political parties the Social Democrats and People Before Profit called for a limit on data center development, the electricity regulator CRU refused to set a moratorium, but warned that grid operators could demand that data centers should be able to provide their own power at times of need.

Since then, a de facto moratorium appears to be in operation in Dublin after EirGrid said the grid in the capital was under strain, and no new data centers are expected to be authorized before 2028, with Interxion (Digital Realty) pausing plans for expansion. Applications previously granted a connection before the ban came into force, estimated to be more than 1GW of developments, are still set to be built.