British network and infrastructure specialist Interoute, operator of one of Europe’s largest cloud services platforms, has announced plans to acquire its competitor Easynet – a managed hosting business with more than two decades of history.

The deal will cost Interoute £402 million (US$618m), including debt. If the customary closing conditions are met, Interoute will add skilled staff and data center capacity, expand its geographic reach and improve services provided to the existing customers of both companies.

“These are exciting times for Interoute and our customers as we create a leading, independent European ICT provider. It’s the next step in our acquisition strategy and moves us much closer to our goal of being the provider of choice to Europe’s digital economy,” said Gareth Williams, CEO of Interoute. 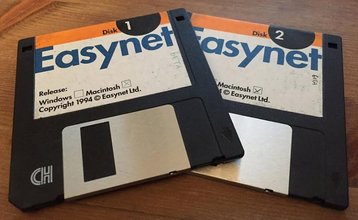 Easynet was founded in 1994, and changed ownership several times. The company was bought by Rupert Murdoch’s BSkyB (now Sky UK Limited) in 2006, and then sold to the private equity arm of Lloyds Banking Group in 2010.

Meanwhile Interoute owns 12 data centers outright and offers its services through another 14 virtual data centers and 31 colocation centers, linked by more than 67,000 km of company’s own fiber.

“I believe this acquisition will bring great benefits to both Interoute’s and Easynet’s customers,” said Mark Thompson, CEO of Easynet.

“The combined companies can offer broader and deeper connectivity options, as well as an expanded portfolio of products and services, and the acquisition will further expand an already market-leading cloud hosting capability in Europe.”

Interoute is in the midst of an aggressive expansion, boosted by a recent investment from Aleph Capital Partners and Crestview Partners.

“This change in the shareholder structure means that instead of being considered potential prey, we can now turn to being one of the predators,” Gareth Williams told Reuters in March, when the investment package was announced. The CEO added that Interoute hoped to double its revenues in the next five years.