Infinera takes a step ahead in multi-terabit networking

Infinera, the optical network specialist, has announced a multi-terabit optical subsystem that enables a major step forward in the speed and performance of optical wave division multiplexing (WDM) technologies.

Infinera’s new ‘Infinite Capacity Engine’ is the first optical subsystem which can offer super-channel capacity of up to 2.4 terabits per second (Tb/s) at distances of up to 12,000 kilometers, all in a single, small package. 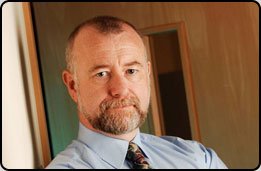 This is ’faster, smaller, better’

Speaking to DatacenterDynamics at NetEvents conference in Rome, Geoff Bennett, director of solutions and technology at Infinera, said: “This is ‘faster, smaller, better.’ Although the new chip is delivering more capacity the size has stayed the same as its previous generation chip – you get more functionality on the same size of chip.

“Demand is growing. But it’s also the unpredictability of demand – events such as the Super Bowl push capacity on networks and the need to support short but huge surges in demand is becoming more frequent. Transport network bandwidth requirements are growing exponentially, also driven by the rapid growth of cloud-based services, increasing broadband access speeds, 5G mobile data, the Internet of Things and on-line video. To support the growing demand for on-demand network capacity, groundbreaking innovations are required,” said Bennet.

“In 2005 we did not use separate optical chips, we integrated all of our optical chips onto a photonic integrated circuit. We are the only company in the world which can do this. One of the reasons is that we have our own fabrication plant, bought in the early 2000’s, where we developed and built the new integrated chip. Since building fabs is such an expensive, and risky, thing to do it puts us ahead of the market at the moment. All of the components are openly available.”

With the Infinite Capacity Engine, Infinera has defined a new approach to multi-terabit capacity in optical networks. The Engine enables pre-deployment of bandwidth that is service-ready and can be provisioned on-demand in 100 Gb/s increments with simple software activation that leverages Infinera’s Instant Bandwidth product. Instant Bandwidth has proven to be a powerful approach to rapid deployment of services, enabling new capacity in less than one hour.

Infinera’s standard license offerings have been expanded to include Time-based Instant Bandwidth, providing 100 Gb/s temporary licenses that allow additional capacity to be deployed for a specific duration of time. This capability, combined with up to 2.4 Tb/s of pre-deployed capacity, can be SDN-controlled, with each slice of bandwidth configurable for color, modulation and direction, offering network operators a way to dramatically reduce operational rigidity and forecasting complexity. 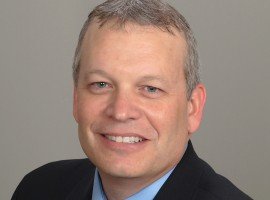 Several analysts confirmed to DCD that Infinera has a two to three-year lead on the rest of the optical industry with this development. Those competitors include Ciena, Alcatel-Lucent (now Nokia) and Huawei, which allegedly is quickly closing the gap behind Infinera.

Coherent technology began to be deployed in long-haul optical networks around the world in approximately 2010. It allows higher data rates (e.g. 100 Gb/s vs 10 Gb/s) to be sent over long-haul (typically >2,000 kilometers) optical transmission networks, compared to the historical technique of intensity modulation with direct detection (also sometimes referred to as non-return to zero or on/off keying), which had been widely used for several decades for rates of 10 Gb/s and lower.

Commercial super-channels make use of multiple laser sources implemented as large-scale photonic integrated circuits (PICs), delivering 500 Gb/s and beyond on a single line card. The key value of the superchannel approach is to enable operational scalability (in terms of higher line card capacity) that is not practical with a single wavelength approach.

Infinera has pioneered the integration of hundreds of photonic functions, including lasers, modulators, waveguides and other optical components, into large-scale PICs, as well as the use of semiconductor manufacturing processes for PICs. PICs provide significant flexibility and efficiency benefits when integrated into DWDM systems.