New incentives for data centers with some renewable power

The government will provide power, land, and connectivity incentives to support new data centers, chief minister MK Stalin said. But to receive the incentives, projects must involve an investment of over ₹500 crore ($66.5 million) and meet at least 30 percent of their energy requirements with renewable energy sources. 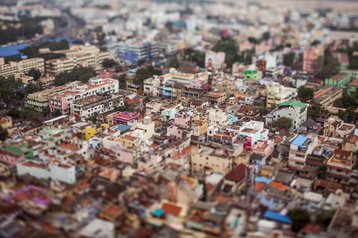 Facilities will be able to buy power from the state-owned Tamil Nadu Generation and Distribution Corporation (Tangedco), and get 100 percent subsidy on the tax on that energy for five years.

Data centers in districts classified as A or B, companies will get 50 percent off stamp duty. In category C regions, they will get 100 percent stamp duty exemptions, and can get a 50 percent subsidy on land cost.

“The policy addresses critical factors of considerations such as power connections, multi-level stacking of generators and car parking provisions, among other things, along with single-window clearances and stamp duty concessions," Jerry Kingsley, senior director, capital markets and data center advisory at JLL, said. "The policy also promotes investments in tier-2 and tier-3 cities and green building data centers with incentives."