In a legal action filed in Waco Texas, IBM claims that LzLabs' systems, which offer to run mainframe software more cheaply on standard hardware in the cloud, are based on software reverse engineered from proprietary IBM technology. IBM also claims that LzLabs makes false claims about its products. 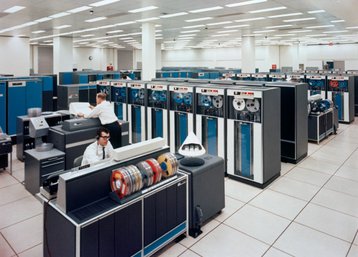 IBM also says the people behind LzLabs have infringed IBM's patents before.

Switzerland-based LzLabs was founded in 2011, and launched its first product in 2016 at the German trade show CeBIT. This was a platform that enabled traditional mainframe workloads written in Cobol or PL/1, to run on commodity x86 servers and Linux, either on-premises or in the cloud.

Since then, the company has updated its products for containerized workloads, and signed up customers including telco Swisscom which, according to LzLabs, "successfully moved its entire mainframe workload of business-critical applications to SDM running on Linux systems in the Cloud," without having to recompile it.

IBM claims that, to translate IBM mainframe instructions into Intel x86 instructions, LzLabs must be infringing two patents that describe methods embodied in those instructions. IBM also claims, LzLabs is claiming optimized performance which means it must be using patented IBM methods for increasing emulation/translation efficiency A final patent cited by IBM describes a method for translation IBM mainframe applications, which identifies the IBM programs used by those applications, and substitutes an x86 processor each.

In 2009, Neon sued IBM, claiming it was unduly restricting users by forcing them to run workloads on more expensive processors. IBM countersued, claiming that Neon was infringing its patents, and in 2011, the two companies settled out of court, and Neon killed the zPrime product. According to its website, LzLabs started up in stealth mode in 2011.

"Neon previously attempted to free ride on IBM’s mainframe business, and prior litigation between IBM and Neon ended with a US District Court permanently barring Neon and certain of its key employees from, among other things, reverse engineering, reverse compiling and translating certain IBM software, and also from continuing to distribute certain Neon software products," says the IBM release announcing the lawsuit.

IBM is seeking an injunction preventing LzLabs from unlawful use of IBM’s intellectual property and trade secrets.

DCD reached out to IBM and LzLabs for more.