The launch version of the platform, codenamed Gotthard, enables IT administrators to run traditional mainframe workloads on commodity servers and Linux, located either on-premises or in the cloud. It requires no changes to the original code, which was likely written in COBOL or PL/1.

LzLabs came out of stealth at CeBIT 2016 in March, and has already secured partnerships with Red Hat and Microsoft, with the latter offering Gotthard as part of the Azure public cloud. 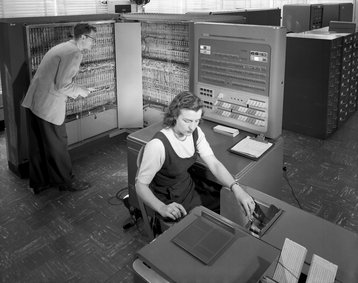 “More than 5,000 of the world’s largest companies are reliant on mainframes for online and batch COBOL applications. These companies face a perfect storm of high costs, a shrinking pool of expertise to run the systems and restrictions on integration and innovation,” said Mark Creswell, CEO of LzLabs.

“Mainframe users have waited 30 years for a way to easily transition legacy applications to modern systems. To make such a transition, a managed container is required that faithfully recreates the behavior of the originating legacy hardware mainframe. With this first release of LzLabs’ Software Defined Mainframe, we are providing that environment.”

The Software Defined Mainframe re-creates the primary online, batch and database environments of Big Iron in a managed software container and requires no conversion of applications.

The name of the version is a reference to the Gotthard Base Tunnel in Switzerland, the world’s longest (57km) and deepest rail tunnel that opened in June 2016. The project took 20 years to complete, but was delivered on time and on budget.