Is Big Iron finally going to meet its demise?

Swiss startup LzLabs has exited ‘stealth mode’ at CeBIT exhibition in Hanover to reveal what it calls the world’s first Software Defined Mainframe.

The company has already established partnerships with Microsoft, which will support Software Defined Mainframe as part of Azure public cloud, and Red Hat, which will ensure compatibility with its popular Linux distribution. 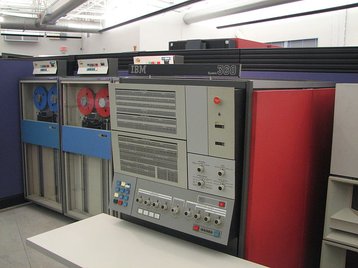 IBM System360 - one of the first mainframes – Wikimedia Commons

LzLabs says its Software Defined Mainframe can replace specialized hardware and familiar operating environments like z/OS, while still retaining full application-level compatibility with physical machines that go back at least 50 years, like the IBM System360 (pictured above).

The system re-creates the primary online, batch and database environments of mainframes in a managed software container and requires no conversions or re-writes of applications.

LzLabs hopes the product will enable businesses to move their expensive legacy applications to modern infrastructure without requiring a massive new investment.

“Despite an almost universal desire to liberate mainframe applications to improve interoperability, business agility and to reduce costs, the risk and complexity of rewriting or recompiling code have been assessed as too high by many mainframe customers,” said Thilo Rockmann, chairman of LzLabs.

“What was required was a seamless way to allow the customer’s application code and data to run unchanged in a modern environment. LzLabs has worked for five years to build exactly this solution - the Software Defined Mainframe.”

To prove the validity of the system, DatacenterDynamics was shown a successful demonstration of Software Defined Mainframe running on an Intel’s Next Unit of Computing (NUC) - a miniature desktop PC that costs around $300.

Meanwhile the Linux Foundation is moving in the opposite direction with the Open Mainframe Project, improving the functionality of the open source operating system on mainframe hardware.