HPE has been awarded $40m SGD (US$30.1m) to build a new 10 petaflops supercomputer for the National Supercomputing Centre (NSCC) Singapore.

Utilizing the Cray ClusterStor E1000 storage system and HPE Data Management Framework, the new system will deliver 10 petabytes of storage with over 300GBps of read/write performance and include 52 Nvidia A100 Tensor Core GPUs for AI workloads. 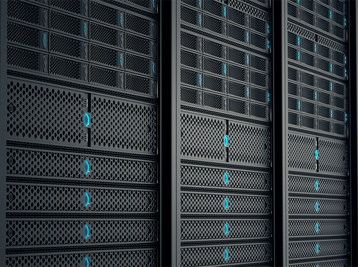 The new HPE Cray EX system will comprise nearly 900 CPU and GPU computing nodes of different configurations, and more than 100,000 computing cores. Reportedly eight times faster than NSCC’s existing Aspire1 supercomputer, it will be used across the fields of medicine, climate, engineering and more. The as-yet-unnamed system will be operational in early 2022.

“The new system will provide the necessary resources to meet the growing supercomputing needs of our researchers, and to enable more of such significant scientific breakthroughs at the national and global level,” added associate professor Tan Tin Wee, chief executive at the NSCC.

The system will be used to study tropical climate variability and change, and weather systems affecting Singapore and the wider Southeast Asia Region, as well as environmental modeling for urban sustainability, materials design for low-carbon and circular economy, healthcare, and quantum computing research.

The University of Wisconsin-Eau Claire unveiled a new supercomputer on its campus this week. The $700,000 system was paid for through a combination of grants and a donation from HPE, which has a former Cray facility in nearby Chippewa Falls.

"This will be a building block (to training) highly-skilled professionals," said Sudeep Bhattacharyay, coordinator of UW-Eau Claire's existing supercomputer and an associate professor in chemistry and biochemistry.

The new system will be known as the Bose Supercomputer in honor of Satyendra Nath Bose, the Indian mathematician who worked with Albert Einstein on quantum mechanics in the 1920s, leading to the classification of "bosons", fundamental particles such as photons which obey the Bose-Einstein statistics..It has 10 times more computing power and can process data 100 times faster than the university’s existing Bluegold Supercomputer.