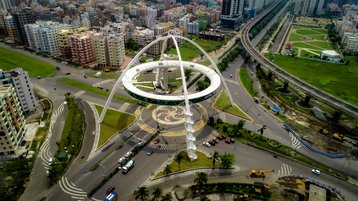 Mumbai-based Hiranandani has entered into a memorandum of understanding with the state of West Bengal to set up a logistics and hyperscale data center park. The first data center is estimated to be completed in 2023.

“West Bengal is the gateway to the east. It is an ideal hub for logistics and industrial development with excellent road, rail and riverine connectivity," said Darshan Hiranandani, Group CEO, Hiranandani Group.

“By setting up a data center park in Kolkata, we will not only serve the customers of the state but the entire eastern region including neighboring countries.”

In May 2020, Yotta announced its 50MW Yotta NM1 data center in Panvel, near Mumbai, had received a Tier IV Design award.