Factory will be located in Kutná Hora, Czech Republic, next to existing facility

The new factory will be located next to the company’s current European site used for manufacturing servers and storage solutions. Operations are set to commence in summer 2022. 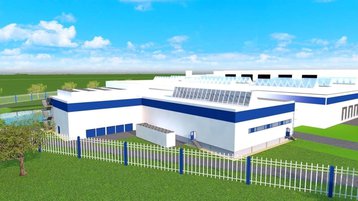 The factory will focus on two main product lines: the HPE Apollo systems which can be used for HPC and AI applications, AI modeling and training, and the HPC Cray EX supercomputers, which support high-end supercomputing.

The factory has been designed to specifically accommodate the manufacturing requirements of HPE’s liquid-cooled systems, and the floor has been reinforced to withstand the weight of the HPE Cray EX supercomputers, which are up to 8,000 pounds (3,628kg) per cabinet. Each cabinet also includes a water circuit between the supercomputers and the roof of the building to help with cooling.

HPE acquired Cray in early 2019 in a deal estimated at $1.3billion and has since taken over the development of its supercomputer systems.

HPE has partnered with Foxconn to manage the site’s product manufacturing and shipping to fulfill HPE’s customer orders. Foxconn already has this role at the current HPE site in Kutná Hora, Czech Republic.

“HPE is committed to continue supporting Europe in this endeavor and our new HPC factory in Kutná Hora, Czech Republic, is another significant investment, among our other R&D initiatives, that we have made in Europe. We are now able to manufacture the industry’s leading supercomputing, HPC, and AI systems, while increasing supply chain viability and resiliency.”

The new factory is part of HPE’s ongoing commitment to national initiatives looking to advance supercomputer and AI-based scientific research. The company is part of the European HPC Joint Undertaking (EuroHPC JU) an initiative between the EU, European countries, and technology partners to produce supercomputers in Europe. Alongside the EuroHPC JU, HPE contributed to the LUMI supercomputer in Finland.