As well as acquiring a majority stake in Morocco's Maroc Datacenter (MDC), the company’s previously announced investment in Kenya’s IXAfrica was also for a majority stake. 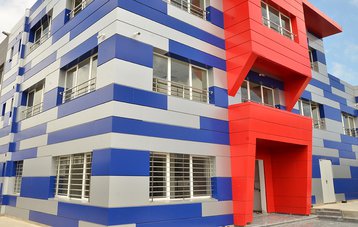 “MDC and IXAfrica are well-positioned to play pivotal roles in the digital transformations of Morocco and Kenya, respectively, and will benefit from Helios’ expertise building world-class, fast-growing, high impact, multi-country, platforms in Africa,” the company said.

Terms of the MDC deal were not disclosed, but Helios’ investment in IXAfrica totaled $50 million. Both transactions are subject to customary closing conditions.

Earlier this month Helios invested $50 million into Kenyan data center firm IXAfrica. In this latest announcement, Helios confirmed it has in fact taken a majority stake in the company.

As part of the investment, IXAfrica founder Guy Willner will join the Helios investment team as Managing Director, Digital Infrastructure in December 2022.

After being in the works for nearly 10 years, IXAfrica was established last year and is developing a 20MW facility on a 17,300 sqm (186,215 sq ft) plot alongside the Mombasa Road. It broke on the site in February 2021.

Founded in 2004, Helios is a London-based private equity investment firm focused on Africa. It has previously invested in Afsat Communications and Helios Towers. In October, the company divested its 60 percent stake in Telkom Kenya to the Kenyan state.

Babatunde Soyoye, co-founder and Managing Partner of Helios Investment Partners, said: “The acquisition of MDC as a key building block in Helios’ broader Moroccan hyperscale DC platform, and the strategic investment in IXAfrica are aligned with our criterion of making investments that have the potential to integrate climate-sensitive solutions into our value creation plans.”

Tope Lawani, Co-Founder and Managing Partner of Helios Investment Partners, added: “In welcoming Guy onto our team and in making the investments in MDC and IXAfrica, we are affirming our high conviction in digital infrastructure investment opportunities and further strengthening our market-leading sector franchise. We are excited to partner with the management teams of MDC and IXAfrica in their efforts to become the highest-quality partners for local and global customers and to promote the internet connectivity ecosystem in strategically important African markets. We look forward to working with Guy to identify and execute on similarly exciting and impactful investments in the sector.”