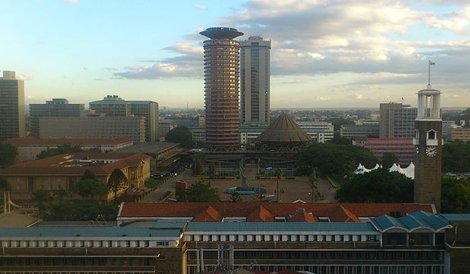 Guy Willner, one of the founders of IXEurope which sold to Equinix for £270m in 2007 and more recently co-founder of IXcellerate, which operates out of a 15,741 sq m data center campus in Moscow, is now establishing a carrier-neutral data center in Kenya, which is scheduled to open by the end of this year.

The data center, funded by a number of shareholders from South African data center company Teraco, Willner and other individual investors, is currently in advanced planning stages, with the team establishing a sales pipeline and talking to channel partners in the market, according to Jerusha Kimani, a Kenyan national and London School of Economics graduate who is helping oversee the development.

Kimani said Phase1 of the data center will be equipped to provide 2MVA of power and will handle power of between 2kW and 12kW per rack to accommodate high-density users.

She said Kenya is currently experiencing a high demand for data center capacity driven by high levels of connectivity already existing in Kenya, the push from Kenya’s government towards a digitized economy and a forecast of rising power prices in the nation.

“The density of connectivity has greatly improved here with a lot of fiber being laid in the ground and four main undersea cables coming in from the coast and this is driving a new data center industry,” Kimani said.

“Kenya is currently at a similar point in time that the South African market was when it attracted its first carrier-neutral data center back in 2007.”

She said the government in Kenya is currently digitizing its records and is also putting in place various initiatives that support data center growth in the country, including a new tech city and efforts that encourage the uptake of IT by Kenya’s constituents.

She said recently, however, a proposal has been lodged by publicly listed Kenya Power to increase power prices over the next five years, and that the team behind IXAfrica – the company behind the new data center – believes this will lead more enterprises to consider outsourcing their IT infrastructure due to the significantly improved power efficiencies offered by larger data centers.

She said the team is currently targeting a broad cross section of customers, including enterprises and banks that will have to deal with rising power prices, telecommunications companies, content providers and outsourcers and managed service providers.

The IXAfrica team have been working on the project for over two years, according to Kimani, and breaking ground is finally “imminent”.

“We have a brownfield site, which is part of a 10,000 sq m existing building in the Nairobi business district, previously the main telecommunications hub,” Kimani said.

She said the location offers a high density of connectivity with all operators having a metro fiber route around this particular part of the town.

“A recent article in the FT stated that Nairobi is the London of Africa”, said Kimani, “we believe this is partly driven by the vibrant Internet and software community building here” she said.