The Greek data center firm, which celebrated 15 years of operation in September this year, has two data centers near Athens, which offer services including colocation, business continuity, cloud and managed services. Tier III certification underlines the reliability of its services. 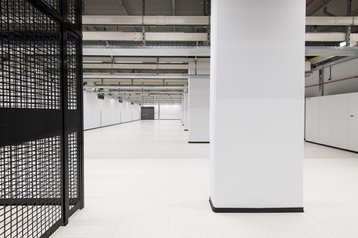 Athens-2 opened in 2015, and was expanded with a further 1MW of IT power earlier in 2018. It was Europe’s first facility to get the LEED BD+C Gold & Tier III Design documents for efficiency, and won a DCD Award for the Service Provider sector in 2016. The Tier III certification comes after close collaboration with Uptime Institute during the design and building process, and follows a week of evaluations and live system demonstrations by Uptime engineers at the facility.

The opening of Athens-2 coincided with the depths of the Greek financial crisis, CEO Apollos Kakkos told DCD on a visit to the site earlier this year: "It wasn’t the optimum time for the opening of a data center." Lamda Hellix weathered the financial crisis and the capital controls which limited companies' ability to invest money.

"In Athens-2, we are bringing capacity on in different phases," explained Kakkos. Two phases are now open, and a third phase will take Athens-2 to 6MW. It sits alongside the first Lamda Hellix data center, Athens-1, which has 3MW of capacity in a building originally planned as a cable landing station.

The current building has enough space for two to three years' growth, said Kakkos, and after that the company could very well need more capacity.