Lamda Hellix says all is well 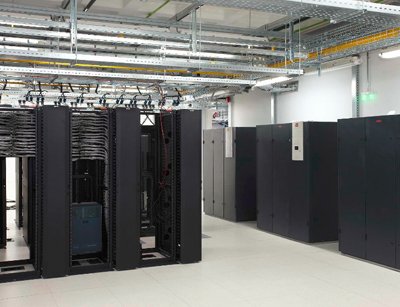 As Greece continues to debate its leadership, rescue packages and its relationship with the Euro – in a landscape threatening further austerity measures - one data center company, which claims to be Greece’s largest neutral provider, is preparing for growth.

It can be seen as another indication of how tough times actually benefit the outsourced data center market, as Greece’s story follows trends seen with the global recession in the US in 2008 and that seen in the UK in recent years. LAMDA Hellix is currently adding another 750 racks to its data center portfolio, which already spans 35,000 sq ft, and it is planning further expansion in South Eastern Europe.

LAMDA Hellix CEO Apostolos Kakkos said austerity measures and financial pressures had led many companies to move to outsourced IT models, with fewer willing to put forward the costs of IT infrastructure. He also said he expects to see a new round of interest in services arising from government departments, with its intentions already made clear on the uptake of cloud computing.

“We have seen the crisis going on in the UK for the last few years and data centers there are growing. We don’t see anything in Greece that suggests it is different to other countries (in terms of data center take up and the recession),” Kakkos said.

“We are seeing a lot of acceleration in the outsourcing market. As a result we have a lot of companies coming to us as a result of the crisis. Kakkos said Greece has a lot of companies reliant on mission critical facilities such as e-business and gaming companies, many of which are growing but don’t want to put forward the capital expenditure. In the first half of the year alone, LAMDA Hellix’s total revenue grew 60% to more than 4.51m euro.

This was up 100% on last year’s figures for the same period. Some of the largest Clients of LAMDA Hellix include the Athens Stock Exchange, which itself is growing in client numbers due to the crisis, and two out of five of Greece’s largest bank,s as well as Greek Internet companies. But Kakkos said it is the SMB market that is likely to grow in coming years, and much of this is due to the current crisis.

“Because of the crisis, many more people are staying at home and spending more time on the internet, or online, which is making many of our smaller e-businesses grow…and more than 45% of Greece’s internet is passing through our data centers,” Kakkos said. As for the euro, Kakkos said he believes Greece has a small chance of leaving it – about 1-2%, but even if it does, he feels it will have little effect on his business, due to the high amount of local demand for data center space.