The set on a 164 acre (7.14 million sq ft) site, the deployment will use liquid immersion cooling from Submer to help mitigate the data and power intensive needs of the HPC, AI and machine learning applications planned for the site. 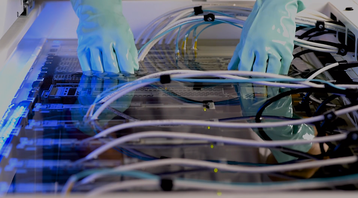 Submer's cooling system will be powered by on-site solar panels that are designed to fully meet the data center’s 500kW power requirements.

The company had originally planned for the colocation data center to go live in the second-half of 2018, but the release of the AWS Ground Station Initiative derailed this.

AWS’ new venture prompted Goonhilly to broaden its approach and find other use cases for the site away from standard colo functions (for more on AWS Ground Station, stay tuned to DCD for an interview with the project's general manager Shayn Hawthorne, out soon).

The facility is reportedly outfitted with a managed HPC platform intended for enterprise and academic organizations to access AI and machine learning resources. 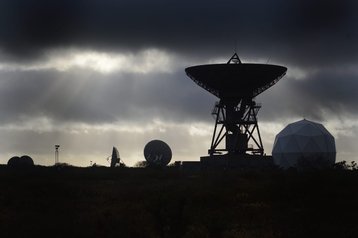 Chris Roberts, head of data center and cloud at Goonhilly, said: “There are people working on some clever algorithms to save our planet from climate change. The irony is that these models require heavy processing power. Fortunately, new technology is helping, such as immersion cooling which is 45-50 percent more efficient than air cooling, cuts electricity demand in half, and also allows us to use the exhaust heat elsewhere.”

Goonhilly’s site in Cornwall, in the southwestern tip of England, was once the largest satellite earth station in the world, and helped lead much of the technology and infrastructure behind modern satellite communications.

As one of just three earth stations involved in the first trans-Atlantic TV transmission, Goonhilly went on to broadcast events such as Muhammad Ali’s fights, the Olympic Games, the Apollo 11 Moon landing and 1985’s Live Aid concert.