300-acre site being considered for data center, according to City officials

Google has bought a 300-acre plot of land in Eagle Mountain, Utah.

The City announced the news this week, saying the site is being considered for a potential future data center.

“Google choosing Eagle Mountain is a testament to the strength of our workforce and economy,” said Mayor Tom Westmoreland. “We hope they decide to build here and look forward to partnering with them in the future.” 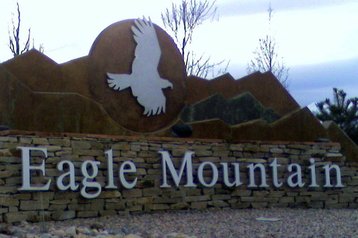 The City said it partnered with Utah County, Alpine School District, Unified Fire Service Area, the Central Utah Water Conservancy District, and the Economic Development Corporation of Utah in order to bring Google to the area.

“This announcement solidifies Eagle Mountain’s position in the technology industry... and that our previous Fortune 100’s were not a fluke,” Westmoreland added during a press conference. “Eagle Mountain has an important part to play in the future of our residents and the state.”

Utah County Commissioner Bill Lee said negotiations with Google ended in a written promise that the company will spend $1.2 billion in the area in the next 30 years.

Officials said they could offer no estimate regarding when, or if, Google might begin construction, while Google itself was also evasive on timelines.

“Google has acquired a site in Eagle Mountain, UT, for a potential data center,” a Google statement reads. “While we do not have a confirmed timeline for development for the site, we want to ensure that we have the option to further grow should our business demand it.”

Google has a GCP data center region in Utah’s Salt Lake City, which it opened last year. If the search giant does build a facility on the newly-acquired land, it will have a large hyperscaler as a neighbor; Facebook brought its own Eagle Mountain data center campus online in July.