The new CEO takes over the reins from GCX's interim head, Rory Cole

Grivner took to the role on July 10, and is based out of London, UK. 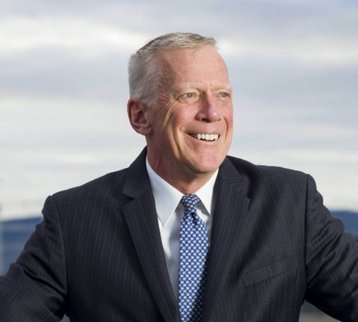 Grivner is an industry veteran with 25 years of leadership experience, spending 12 of those as CEO at several telcos.

Before Colt, he served three years in Singapore as CEO of Pacnet and held several executive roles such as at Cable and Wireless, Ameritech, and IBM.

He takes over the role from Rory Cole, who took on the job of interim CEO back in January 2020 when the company's CEO, William Barney, left. Cole was GCX's CFO since 2014.

Grivner was CEO of Colt when he joined the board of directors at GCX back in April.

Jim Ousley, Chairman of GCX, said: "We are very pleased to have someone of Carl's caliber and experience to lead GCX.

"It was a great experience working together at Pacnet, and I am looking forward to the opportunity to work together again - along with our entire senior leadership team - to strategically lead and drive GCX's next phase of growth and market leadership."

Grivner added: "It is an exciting time to get back into submarine networks, as the demand for global bandwidth is multiplying, and there is an increasing need for fiber optic interconnectivity to support the rising global data traffic.

"GCX is in a unique position to support the escalating bandwidth consumption across emerging markets as it owns and operates one of the world's largest private submarine cable systems, which sets the foundation for a robust global service delivery platform.

"I am thrilled to join the GCX team. Together, we will capture the next waves of growth for GCX by remaining laser-focused on serving our customers, refreshing our technologies and solutions, while creating significant value for our shareholders."