Will his arrival lead to consolidation opportunities?

His arrival comes as the UK operator has looked to pursue multiple mergers in Europe, with Iliad-founder Niel keen to explore consolidation opportunities, which the company confirmed in a statement. 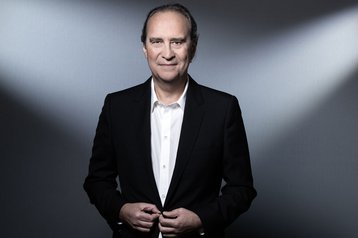 In a statement, Niel-owned investment vehicle Atlas Investissement said it identified Vodafone as an attractive investment opportunity due to its assets portfolio. Vodafone has been linked with Three UK, which is part of CK Hutchison, over a potential merger in recent months.

Telecoms tycoon Niel is the owner of French telecom provider Iliad and has investments across the sector in nine countries in Europe with nearly 50 million active subscribers combined, and more than $10 billion in revenue.

His move for Vodafone Group comes months after his Iliad Group had an $11bn bid for Vodafone's Italian business knocked back, as the telco looked to increase its Italian footprint.

The price of the shares was not disclosed but is worth around $850 million at the current market rate.

Last month Vodafone sold off its Hungarian business unit in a $1.8bn deal to local IT company 4iG and Corvinus, a company owned by the Hungarian state.

The operator is also actively looking to sell off its telco tower asset unit Vantage Towers, which include 68,000 towers across nine markets.

Niel isn't the only French billionaire with a keen interest in UK telecoms, with Altice founder Patrick Drahi increasing his stake in BT Group in recent months.

Altice is the biggest shareholder in BT, with the UK government taking no further action on Altice's plans to increase its stake in BT by an additional 5.9 percent to 18 percent