A French defense data center has been renovated and expanded in Bordeaux.

DIRISI is the communications and information systems wing of the French Armed Forces. The Bordeaux facility has seen all of its equipment renewed and its storage capacity doubled and complements facilities in Suresnes, Toulon, and Rennes. 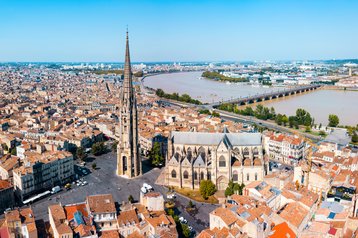 The facility uses free-cooling solutions with outside air to reduce its reliance on air conditioning, which Parley said reduces energy consumption by 15-20 percent. And, like facilities in Toulon and Paris, the data center will reuse heat in nearby buildings.

“The Sub-Lieutenant Marie-Louise Cloarec data center was designed with an eco-responsible desire,” said Parley. “Because we know that controlling our energy bill also means ensuring our sovereignty.”

Supporting more than 200,000 workstations and hosting nearly 1,800 applications across all its data centers, Parley said the facility will house logistics information systems including the mobility service for ministry officials as well as the aeronautical operational maintenance system, human resources data, and information relating to external theaters of operations from military telecommunications satellites.

The data center has been named ‘Sub-Lieutenant Marie-Louise Cloarec’ in honor of the WW2 soldier. Part of the Women's Signal Corps, Cloarec was a radio specialist who worked with the British Special Operations Executive. She was executed by the Nazis after being parachuting into France.

Parley said the ‘next big challenge’ for the French armed forces would be the switch to cloud, and has launched a ‘ministerial Cloud Hosting project’ to coordinate investments in cloud.