Florida court: on-site data center services may have been a trade secret in 2008

A Florida court has ruled that a plan to put a data center inside an office building may have been a novel trade secret in 2008, in a case stemming from a failed business relationship in Miami.

In 2008, Developer Foram Group had detailed discussions with data center operator Digiport, about installing a data center inside 600 Brickell, a Miami office skyscraper it was building. Foram then hired a different company to install the on-site data center in the building, now known as Brickell World Plaza, which opened in 2011. In 2013 Digiport sued for theft of trade secrets. A summary judgment dismissed Digiport's case, but Florida's Third District Court of Appeal has reversed that decision, meaning a trial is now required to determine whether, in 2008, Digiport's ideas were novel or well-known in the industry. 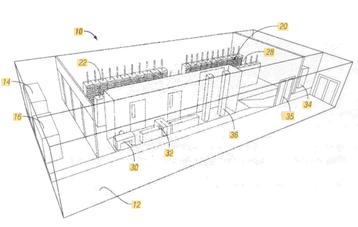 In court, Digiport said it had met with Foram for detailed discussions about the proposal for a data center in Brickell, sharing its ideas which included “the combination of the data center, flexible internet connectivity and an on-site IT company under one roof for the benefit of the building’s tenants”. Foram showed plans for the building, and the two parties worked on the overall structure and design of a data center together.

Foram eventually hired Venturian Hosting to design the in-house data center. In a 2012 video produced by technology partner Cisco, Foram's then project manager Paris del Rio said: "It was a must that we had the best technology data center experts in the field. Venturian was the only company that truly developed a design solution that was scalable, reliable and instant."

In 2012, After Foram began to market the space offering digital services, Digiport sued Foram in 2013 under Florida’s version of the US Uniform Trade Secret Act, claiming Foram had stolen its trade secrets. Digiport asked for damages - as well as loss of earnings, claiming it could have made up to $18,000 per year from each tenant in the building.

To support this, Foram cited a patent application (US12/380,795) which Digiport owner Marc Billings had made in 2004, for "a centralized common area data center for a tenant suite in large scale commercial office properties", which was ultimately abandoned after priority was claimed in 2013 (from US13/890,230).

Foram also cited an affidavit from Chris Senneff, who was then managing the Brickell data center, saying that "a tenant-specific central colocation center was not, as of 2008, novel or unique, but rather, was being promoted by numerous other IT companies." According to Sennett's LinkedIn page, he was then infrastructure manager at Foram, but had previously been a support engineer at Venturian (and worked in safety and security at Foram from 2008 to 2011).

The court hearing which began in 2013 also heard from Yunexy Eloy, who designed the data center for Venturian, and stated that "the ideas, concepts, and designs he used to build the data center were commonly known in the technology industry at that time".

Against that, Digiport's Marc Billings testified that he didn't know of any other buildings offering similar services at the time - and shared emails in which Foram's agents discussed marketing the data center to potential tenants as "a new and unique approach".

The court originally made a summary judgment in Foram's favor.

Trade secrets are not patents

On appeal from Digiport, the court has partially reversed that finding, explaining that patents and trade secrets are different things.

Trade secrets can be "a combination of characteristics and components, each of which, by itself, is in the public domain, but the unified process, design, and operation of which in unique combination, affords a competitive advantage and is a protectable secret." according to the FUTSA, so the appeal found that the issue is still not decided.

However, it did state that Digiport is not eligible for loss of earnings.

According to the JD Supra site, "in the eventuality of a dispute over a breakdown or a deal gone bad, trade secret disputes are highly factual cases that are often not ripe for early disposition."

While Foram still has Brickell World Plaza on its site, Digiport no longer exists. It was bought by one of its tenants, Burstnet, in 2013, and Burstnet itself was bought by a firm called Digiplus in 2014. Marc Billings lists himself on LinkedIn as a "technologist, startup technologies", with a digital art gallery.

"The Digiport case docket remains closed after entry of the circuit court’s order in January 2021," says JD Supra, "but we will be watching for the trial court’s next scheduling steps as the case moves towards trial given the factual issues at play."

Among the interesting aspects is that Foram will be arguing that its integrated data center was not innovative, while at the time it appeared to claim it was.

"600 Brickell offers unprecedented service to their tenants. It is the most technologically advanced Class A office building in Southern Florida," said Cisco executive Joe O'Connor in the 2012 video. "What they have done here is create a truly innovative and transformative asset."