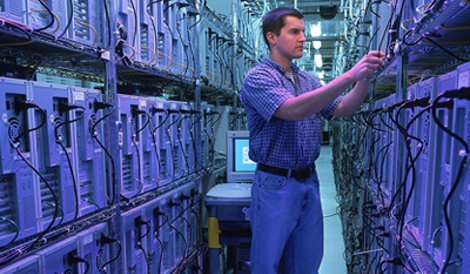 A federal court ruled in favor of Rackspace and Red Hat earlier this week in a lawsuit where the plaintiff alleged that a certain Linux function (Red Hat is Rackspace's Linux provider) violated its patent. The defendants said the plaintiff was a non-producing patent troll and called the case an attack on open-source software.

An Eastern District of Texas federal-court judge granted an early motion to dismiss the lawsuit, saying the patent was invalid because it claimed rights to a mathematical formula. The US Supreme Court decided in an earlier case to prohibit patenting of mathematical algorithms.

The plaintiff in the case was a company called Uniloc USA, which according to Red Hat is a “frequent litigator.” It has brought patent lawsuits against a lot of high-tech companies, including Adobe, Microsoft, Sony and Symantec.

Rackspace general counsel Alan Schoenbaum said Uniloc was a patent troll. “We hope that many more of these spurious software patent lawsuits will be dismissed on similar grounds,” he said.

Patent trolls are people or companies that accuse others of patent infringement but do not actually plan to turn their alleged intellectual property into products. The outcome they usually hope for is a quick settlement by the defendant.

The Linux operation in question was the operating system's processing of floating point numbers. The defendants moved to dismiss the case immediately after it was filed and before fining an answer.

Michael Cunningham, executive VP and general counsel at Red Hat, said the judge's ruling was a major victory for open-source software. “We also believe that the thoughtful dismissal by chief judge Davis ... will encourage earlier decisions by other courts on invalid software patents, reducing vexatious litigation by non-producing entities and their corrosive effect on innovation.”

The ruling, he wrote, was historic, because this may have been the first time a patent suit in this specific district was dismissed before the defendant had even filed an answer.