Brainchild of Switch Datacenters, Rittal and Circle B

The facility is located in Amsterdam, conveniently close to the Schiphol airport, on a campus run by Switch Datacenters. It features 21-inch Open Racks made by German critical infrastructure specialist Rittal (OCP member since 2017), and servers supplied by Circle B – a startup that specializes in adopting OCP software and hardware for enterprise customers.

The announcement was meant to coincide with the regional OCP Summit in Amsterdam. 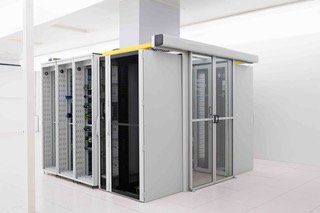 Since then, the non-profit organization has attracted more than 200 corporate-level members, including heavyweights like Microsoft, Apple, Google, HPE and Cisco. Earlier this week, electronics giant Huawei became the fifth Chinese company to join the project.

The OCP experience center in Amsterdam will be outfitted by Circle B – one of the first European channel partners to acquire the status of ‘OCP Solution Provider.’

It will be located on the premises of Switch Datacenters – another OCP member that specializes in cloud and colocation services in the Netherlands, and is currently building a data center based on OCP guidelines.

“Circle B, Rittal and Switch Datacenters have put together a great showcase for open hardware designs and it highlights the strength of each member in delivering OCP solutions throughout Europe,” said Steve Helvie, VP of Channel for the Open Compute Project Foundation.