Quadrupling the HPC power of the weather forecasting office

Atos has been awarded a seven-year multi-million-euro deal to deploy a supercomputer for the Finnish Meteorological Institute (FMI).

The system is based on Atos' BullSequana XH2000 architecture. The company did not disclose the new supercomputer's expected performance, but said that it was four times that of FMI's existing system - which would put it at around 560 teraflops.

The supercomputer will be installed in early 2023. 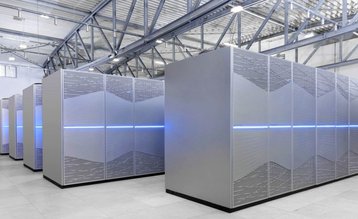 The new supercomputer will be used in different areas of numerical weather prediction (NWP) including short-range weather forecasting and nowcasting (forecasting on a period of up to nine hours).

It will also be used to run atmospheric and oceanic computing models such as the HARMONIE-Arome NWP model developed by ACCORD consortium. Additionally, it will collaborate with forecasts run by Norway, Sweden, and Estonia to help predict the probability of extreme weather more effectively.

​“Thanks to this investment, we will now be able to improve the horizontal resolution of our NWP model from 2.5km to 1.3km, which enhances the skill and reliability of prediction and reduces the biases, meaning more accurate information to strengthen our weather warnings, to ensure a weather-ready Nordic society, enhancing safety and security for our citizens,” said Sami Niemelä, director at Finnish Meteorological Institute.

The win for Atos comes as the company has gone to court after losing out on a much larger UK weather agency contract.

In 2020, the Met Office announced it would spend £1.2 billion (US$1.56bn) on building the world's most powerful supercomputer dedicated to weather and climate, ultimately awarding the deal to Microsoft Azure.

Atos sued, claiming a breach of public contracting regulations. Last week it was revealed that the lawsuit is set to go to the UK High Court.