Kicking the company out in 60 days

The Federal Communications Commission has voted to revoke the operating license of the US subsidiary of China Telecom.

China's largest telecommunications company has 60 days to discontinue services in a country where it has operated for nearly 20 years. The FCC cited national security concerns for its decision to block the Chinese state-owned business. 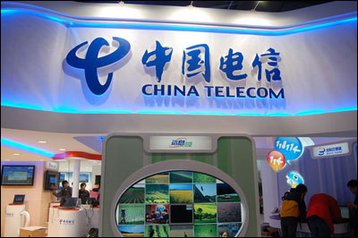 The agency voted 4-0 at its monthly meeting to revoke the license. China Telecom Americas was not immediately available for comment, but has previously denied it is a tool of the Chinese state.

The decision follows a threat of a ban in April 2020, when the FCC said that it may also revoke the license of China Unicom Americas and Pacific Networks Corp (including subsidiary ComNet). It followed through this March, saying it would remove the license of the two companies - but gave an unspecified amount of time for additional evidence to be submitted by the businesses.

Back in May 2019, the FCC voted unanimously to deny China Mobile a license to provide US services, claiming that the state-owned business could be used by China for spying.

“This list provides meaningful guidance that will ensure that as next-generation networks are built across the country, they do not repeat the mistakes of the past or use equipment or services that will pose a threat to U.S. national security or the security and safety of Americans,” said then acting-FCC chair Jessica Rosenworcel. This week, Biden nominated Rosenworcel for the permanent position.