Facebook's chief executive Mark Zuckerberg has come under fire over a planned data center in Singapore.

Yesterday, the founder of the world's largest social media platform pledged that the company will no longer be building data centers in countries with poor human rights and freedom of expression records.

The Singapore government has broad powers to limit its citizens rights and quell political opposition. Under the Internal Security Act, citizens can be detained indefinitely without formal charges or recourse for a trial. 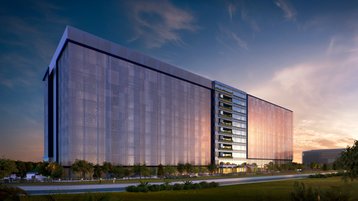 Human Rights Watch quickly pointed out that Facebook was already building a data center in Singapore, a country that violates the company’s new policy.

For example, newspaper proprietors are required to obtain a license from the Infocomm Media Development Authority in order to print or publish a newspaper in Singapore.

Speaking to Business Insider, Phil Robertson, deputy director of Human Rights Watch’s Asia division, said: “Reading Zuckerberg’s words on secure data storage, one would think Singapore would be the last country in Asia where Facebook should build a storage center.”

“No one who cares about human rights; democratic, grass-roots organizing against corporations, migrant worker empowerment, LGBT rights, or a host of other rights issues should feel comfortable that Facebook is building a data center in Singapore.”

“It looks like Zuckerberg’s rhetoric on secure data storage is taking a back seat to the convenience of operating in Singapore, and sadly, this short-sighted decision will probably come back to haunt them as well as their customers whose privacy Facebook professes to care about.”

Facebook announced it will be building a data center in Singapore last September. The $1 billion facility will the social network’s first in Asia and is expected to deliver 150MW of power capacity when fully operational.