Equinix and VMware have announced that VMware's cloud service will be available on Equinix's bare-metal service Equinix Metal. 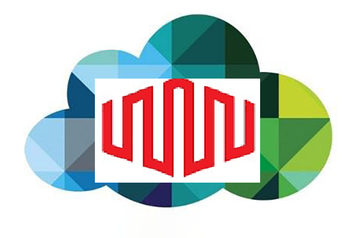 VMware Cloud is a cloud version of VMware's enterprise software, which VMware has offered on AWS since 2017 after VMware accepted that its customers wanted to use other companies' public clouds as well as its enterprise software. It does not seem to have been offered on other cloud providers' platforms beyond AWS thus far.

Equinix has previously offered a direct connection with the VMware cloud but is now offering the whole VMware-managed cloud infrastructure-as-a-service offering on its bare-metal-as-a-service platform.

“Customers to date have lacked a suitable cloud option that combines on-premises security and control with high performance, data locality, and low overall TCO,” said Dave McCarthy, Research Vice President, of Cloud and Edge Infrastructure Services at IDC, in a press release quote. “For mission-critical applications that rely on low latency and high-performance network bandwidth, the default has been to retain workloads on-premises or perform real-time needs, such as data processing, at branch office or metro locations. With their combined strengths, Equinix and VMware are well positioned to deliver a distributed cloud service that will address the demands of enterprise applications where latency, performance, security, and data locality are key drivers.”

VMware Cloud on Equinix Metal is intended for distributed cloud applications such as smart cities, video analytics, game development, financial market trading, retail POS, and the internet of things. The service will offer VMware Cloud as a consistent multi-cloud infrastructure, using Equinix Metal as an automated bare metal platform to deliver it across Equinix’s global network of data centers, which it calls International Business Exchanges (IBXs).

The aim is to offer private, low-latency access to private and public cloud environments, which can be set up swiftly using the on-demand servers and networks of the Equinix platforms.

Customers will buy the VMware Cloud software as a service from VMware and the bare metal as a service capacity from Equinix.

Equinix and VMware have had a partnership for some time, running VMware loads in Equinix data centers for ten years. Equinix has around 240 data centers around the world offering Equinix Metal.