A wide-ranging US antitrust hearing this Wednesday saw CEOs of the nation's largest tech companies answer questions about market dominance.

Among them, Amazon head Jeff Bezos fielded queries about his business's approach to competition, and whether Amazon used confidential information to crush rivals.

Cloud computing was barely mentioned during the nearly six hours of discussion - but a brief line of questioning did provide some insight into what the House antitrust subcommittee may be investigating.

A question of trust 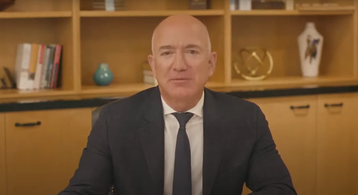 "Over the course of our investigation, we have heard directly from startups that rely on Amazon's services... with respect to concerns about the way in which Amazon uses confidential information," Democratic Congressman Joe Neguse said.

"But we've also heard that not just with respect to the Marketplace, but with Amazon's cloud computing arm, AWS. The notion [is] that the computing arm essentially identifies startups' best technologies and rolls out replica products and services. So, Mr Bezos, does Amazon use confidential information that companies share via AWS to build competing services?"

Bezos initially gave a simple answer: "No sir, not that I'm aware of," he said, under oath.

Neguse, however, followed up: "Last week, one of Amazon's former engineers posted online that he and his team proactively identified growing businesses on AWS, that they built competing products, and that they targeted those products to those business's customers."

His comment appears to be in reference to a Hacker News post from an alleged former AWS employee. The individual claimed that "in the past, AWS proactively looked at [the] traction of products hosted on its platform, built competing products, and then scraped & targeted [a] customer list of those hosted products. In fact, I was on a team in AWS that did exactly that." DCD has not been able to independently confirm the employment claims made.

"There's [also] been public reporting on that strategy," Neguse continued. "I guess I'm wondering if you could comment on how you would account for those statements."

Here Bezos faltered, providing a vague reply open to interpretation: "I think there may be, uh, categories, uh, databases of different kinds where we see it's an important product for customers and we make our own product offering in that arena."

He added: "But it doesn't mean we stopped servicing the other companies making those products. We have competitors using AWS, and we work very hard to make them successful. Netflix is one example, Hulu is another, and so on."

Amazon was not immediately available for comment on what Bezos meant by "databases," and we will update this story as we learn more. 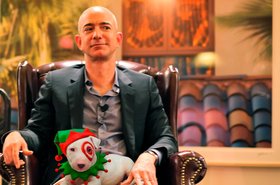 Because nobody wants to subsidize an enemy

Earlier lines of questioning focused on Amazon's e-commerce practices, in particular referencing a Wall Street Journal investigation that found the company uses detailed data on third-party sellers in its marketplace to inform the development of in-house products.

Bezos said Amazon has an internal policy prohibiting the use of seller data in such a way but admitted, “I can’t guarantee you that that policy has never been violated.

“We continue to look into that very carefully. I’m not yet satisfied that we’ve gotten to the bottom of it, and we’re going to keep looking at it. It’s not as easy to do as you would think because some of the sources in the article are anonymous.”

Before the article was published, Amazon told Congress that it did not use third party sales data to help decide how to launch its products. The article, and comments to the Congressional investigation, suggested the practice was widespread.

While AWS likely also prohibits the use of internal data, it is not clear if enforcement of the policy is as lax as reports claim it was with Amazon's e-commerce administration. We have asked Amazon for clarification.

"I think the concern is that the pattern emerges across the different components within Amazon, whether it's the marketplace or the cloud service as I mentioned," Representative Neguse said. He then referenced yet another WSJ report that claimed Amazon was using an investor fund to access startups' confidential information, before competing with them.

Among the allegedly cloned products are AWS features, such as A2I. At the time, Amazon said that it doesn’t use confidential information that companies share with it to build competing products. During the Congressional hearing, Bezos again demurred and said he had to investigate the matter.

"The reason why I ask these questions, the reason why it matters, Mr Bezos, [is that] we're very concerned about this innovation killzone that seems to be emerging," Neguse said.