The military can't keep delaying its cloud and Edge transformation, it claims

The entire JEDI military cloud contract could be reevaluated if a court investigates Amazon Web Services' claims that it lost out due to political interference, the Department of Defense has claimed.

The DoD is trying to get the Court of Federal Claims to dismiss the claim, which it says would delay the $10bn contract beyond the point of usefulness.

Even if the court does dismiss the count, AWS has three other counts as part of its wider claim that the contract was unfairly awarded to Microsoft in October 2019. But these issues are not expected to take as long to resolve, the DoD claims.

Never tell me the odds 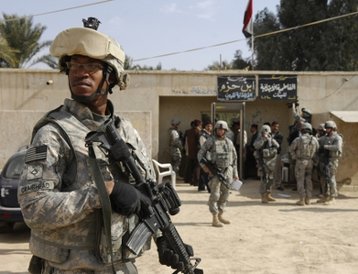 The DoD's Office of the Chief Information Officer told Congress that it expected the court to make the "significant ruling" on whether to grant the motion to dismiss the claim of improper influence in "the coming weeks."

Amazon alleges that then-President Donald Trump blocked AWS from the military's primary future cloud contract due to personal animosity towards Amazon CEO Jeff Bezos. Trump, the company claims, "launched repeated public and behind-the-scenes attacks to steer the JEDI Contract away from AWS to harm his perceived political enemy," the owner of The Washington Post.

Should the claim be litigated, this "will include requests for depositions of senior officials at the White House and DoD, including former DoD and White House Senior Officials," the DoD CIO's letter to Congress states. This could include an attempt to depose former president Trump, something Amazon tried to do while he was in office.

"The prospect of such a lengthy litigation process might bring the future of the JEDI Cloud procurement into question. Under this scenario, the DoD CIO would reassess the strategy going forward. Whatever the outcome, the Department’s unsolved capability gaps would still remain for enterprise-wide, commercial cloud services - at all three classification levels - stretching from the homefront to the tactical edge - at scale."

If the count is dismissed, the DoD estimates that the other counts will "follow other types of post-award protests, which average four to five months at the Court. Work on JEDI Cloud would continue to be paused until the litigation process is complete, and DISA/CCPO remains ready to resume management of the JEDI Cloud work" should the government win the case.