Digital Realty has announced a $350 million note offering, while its Singapore-listed Digital Core REIT is to purchase a stake in a Digital Realty-owned facility in Germany.

The company this week announced that its operating partnership, Digital Realty Trust, L.P. has priced an underwritten public offering of $350 million of additional 5.550 percent notes due 2028. 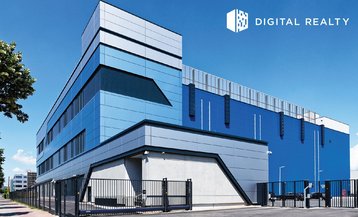 The notes will be issued as additional notes under the previously issued $550 million notes, also offered at 5.550 percent and due in 2028. BofA Securities, Inc. and Citigroup Global Markets Inc. are the joint book-running managers for the offering of the notes.

The company said it intends to use the net proceeds from the offering of the notes to temporarily repay borrowings outstanding under its revolving credit facilities, acquire additional properties or businesses, fund development opportunities, and invest in interest-bearing accounts and short-term interest-bearing securities.

In Singapore, the Digital Realty-sponsored Digital Core REIT is to buy a portion of a Digital Realty-owned facility in Germany and not go forward with the purchase of one in Texas.

The company announced this week it intends to proceed with the 100 percent debt-funded acquisition of a 25 percent interest in a facility in Frankfurt for approximately US$140 million and no longer intends to pursue an equity fundraising scenario.

In September the REIT announced plans to acquire an interest in up to two data centers currently owned by Digital Realty for up to $681 million.

At the time there were two possible scenarios; If the deal is funded by external bank borrowings without equity fundraising, it will acquire a 25 percent interest (~$140 million) in a data center located at WilhelmFay-Straße 15 and Wilhelm-Fay-Straße 24 in Frankfurt, Germany.

Digital Realty announced plans for and floated Digital Core REIT last year, with the aim that the new company holds a number of the sponsor's stabilized facilities. The company was seeded with a portfolio of 10 data centers from Digital Realty across the US & Canada in Northern Virginia, Northern California, Los Angeles, and Toronto totaling more than 1.2 million sq ft and 49MW.