Digital's CEO is also moving on to take the helm at its parent company, Colony Capital

Digital Colony is in talks with investors to raise $6bn, according to a report from Bloomberg.

The publication's report suggests the investment firm has lined up discussions with several anonymous investors, some of whom include pensions and sovereign wealth funds.

It is expected the first stages of the negotiations will be closed by November. Bloomberg says the company hopes to use the money to invest further into "communications infrastructure".

Digital Colony held a similar investment round last year which resulted in the company closing a deal on around $4bn. 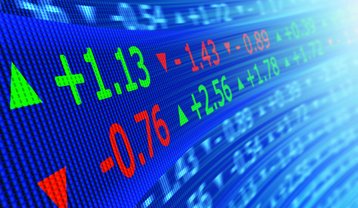 Digital Colony has been buying a slew of properties and data centers around the globe.

It acquired data centers in Brazil from IT company UOL Diveo last year, and previously bought Brazilian telecoms infrastructure solutions provider Highline from Pátria Investments. It has been behind a number of high profile acquisitions in the data center sector, including funding Vantage Data Centers' acquisition of Next Generation Data. In March, Digital Colony's $8.2 billion acquisition of Zayo was closed.

It has been a tough time for its parent company, Colony Capital. Capital's shares have fallen more than 60 percent and had to suspend its dividend to its shareholders. The company is currently valued at around $850m and, as revealed by a regulatory statement, defaulted on debts of around $3.2bn, relating to its portfolio in the troubled hospitality industry. The company has now tapped into a $600m line of credit just so that "funds are available”. 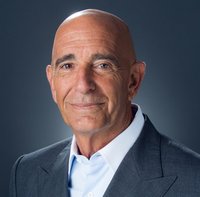 According to the FT, Colony Capital founder Thomas Barrack said the US property market was in “chaos” and on the verge of collapse as the US Government had to shut everything down to limit the spread of Covid-19. Barrack, an ally of Trump and supporter of the president's past involvement in the economy, has proposed a “time out” in which any payments could be accrued onto leases and loans. In light of all his company's troubles, Barrack has argued for Government subsidies and the suspension of mark-to-market accounting and a moratorium on margin calls.

Barrack moving out of the CEO slot, as Colony Capital announced in March it is was appointing Digital Colony's Mark Ganzi, with Barrack remaining as executive chairman. A new CFO. Jacky Wu will be taking up the position on July 1 with Ganzi. He joined Colony Capital on March 23 as VP of finance to succeed Mark Hedstrom, who is moving up to serve as executive VP and COO.

The Colony Capital Board has also nominated 11 candidates for election to the Board, each to serve until 2021.